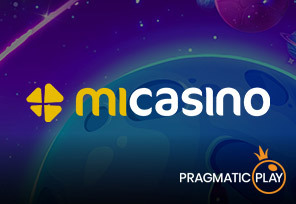 Pragmatic Play is one of the most famous casino software developers in the iGaming industry. It is recognized for its premium verticals, including slots, live casino products, bingo, and virtual sports content.

As we can see, the company has decided that it wants to secure a leading position in the LatAm region, as evidenced by numerous collaborations, with operators present in this region, concluded since the beginning of the year.

The list of developer partners has been officially expanded once again! The company announced that Pragmatic Play shook hands with a well-known and respected operator in order to launch its content even further.

This significant deal will see the growth of the developer’s presence across Latin America.

Namely, the provider said that from now on its products are officially available on the operator’s MiCasino.com platform.

As agreed between these two giants, the developer will supply its new partnership with as many as three premium verticals.

On the operator’s platform, players will now be able to indulge in their favorite form of entertainment with some of the biggest hits in the industry such as Fortune of Giza

as well as with the multi-award-winning Gates of Olympus

For fans of “old school” games, companies have prepared live casino portfolio that will amaze you with their dynamic gameplay. The agreement will include the presentation of the developer’s mega-popular show-themed title Sweet Bonanza Candyland as well as multiple classic products such as Roulette and Blackjack.

If you are one of those who will say “yes” to sports, Pragmatic has provided you with access to its Virtual Sports portfolio so that from now on you can enjoy the version of formula one in Force 1, Penalty Shootout as well as in Steeplechase.

Victor Arias, Vice President of Latin American Operations at Pragmatic Play, said: “We are pleased to begin working with MiCasino.com and providing them three of our leading verticals simultaneously. MiCasino.com’s market position in supplying multiple regions within Latin America is a great opportunity for us to expand our playbase across the continent and provide more players than ever with our portfolio of world-renowned titles.”

Max García at MiCasino.com, said: “Providing the highest quality of entertainment along with the widest variety of titles available underpin our goals as a Casino and this latest partnership with Pragmatic Play will allow us to bring an incredible depth of content to our customers. The titles they produce are at the cutting edge of innovation and are popular across the globe. We are excited to see our player’s reactions to all three of these verticals moving forward.”