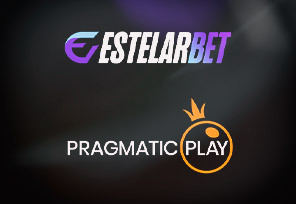 Pragmatic Play, one of the most famous B2B brands in the online gambling industry, further strengthens its presence in Latin America by launching another vertical in multiple markets thanks to an already existing partnership!

The company has once again joined forces with the well-known operator, Estelarbet, its old partner, expanding the already existing agreement!

These two brands will bring players from Brazil, Chile, Peru, andEcuador another vertical that is sure to be a hit!

From now on, you will be able to find various engaging, interesting, and sought-after bingo products on the platform of this operator!

An Array of Products!

Players will be able to engage in their favorite form of entertainment and take great benefits from various classic variants including 90 ball, as well as the top-tier hits Bingo Blast and Sweet Bonanza Bingo.

In addition to these fantastic products, the operator’s clients can explore titles from three more of Pragmatic’s verticals, including online slots such as Juicy Fruits, Wolf Gold, and Great Rhino Deluxe, mega-popular live casino products as well as virtual sports games.

Victor Arias, Vice President of Latin American Operations at Pragmatic Play, said: “We have enjoyed a strong relationship since taking multiple verticals live with them, and taking our Bingo products live is just another positive step forward. We strive to bring multi-product solutions to partners, and are very pleased to be able to further enhance this relationship.”

Sebastián Salazar at Estelarbet said: “As well as developing fantastic content, being able to swiftly integrate multiple verticals of the highest quality really allows Pragmatic Play to stand out. We’re very excited that our players can now enjoy leading Bingo products, and can’t wait to see their reactions.”

Pragmatic Play is by far one of the most popular Malta-based iGaming content developers, which was established in 2015. Since its inception, the company has achieved many successes that have helped it establish itself as one of the leading brands in the online gambling industry.

The developer is known for its online slots, some of which are multi-award-winning ones as well as for its live casino, virtual sports, and bingo verticals.

In addition to being focused on the development of content created with players’ needs in mind, the brand works to distribute its content to as many markets as possible through various partnerships.

Among the most recent ones was the partnership with Aposta.LA, which enabled the company to enter Paraguay.

The presence of the brand can be found in many other markets in the LatAm region, such as Brazil, Chile, Colombia, and many others!