Pragmatic Play, arguably one of the most popular and best premium iGaming content providers known for its online slots, live casino games, and virtual sports products, decided to once again confirm its already wide presence in one of the key markets in Europe.

Since the beginning of the year, this modern supplier has taken several major steps that have contributed to the company getting closer to its goal of global expansion, while at the same time becoming a convincing leading brand in Latin America.

A new step will see the entry of Pragmatic Play into two more markets where the developer is well known!

Step Toward Romania and Croatia

Pragmatic Play proudly announced that the company has joined forces with the well-known Fortuna Entertainment Group (FEG) and on this occasion left its mark on two key markets, Romania and Croatia.

As announced by the brands, Pragmatic Play will enrich the partner’s portfolio with an array of its amazing and super popular online slots that have experienced great popularity shortly after its launch.

In the games section of the operator, punters can now find various top-tier online casino releases and indulge in their favorite form of entertainment with hits, Sweet Bonanza™, Big Bass Bonanza™ as well as multi-award-winning Gates of Olympus™.

Irina Cornides, Chief Operating Officer at Pragmatic Play, said: “FEG is an important operator in Romania and Croatia and its reach in those markets is impressive, so getting this deal over the line is particularly pleasing. Its presence will provide a fantastic platform for us to expand our exposure in two key regions.”

Sopko Stanislav, Group Head of Product & Channel Management at Fortuna Entertainment Group said: “Pragmatic Play is a creator of some of the most popular slots in Europe and particularly so in Romania and Croatia. Being able to provide our players with their titles is a great benefit to us and our brand which has received a huge shot in the arm thanks to this agreement.”

Fortuna Entertainment Group is one of the most famous operators in Europe. The company was established in 1990, and until now it has expanded its presence to several important markets in Europe, including Poland, the Czech Republic, and many others.

Pragmatic Play is a Malta-based iGaming content provider that was established in 2015. It is known for its online slots, live casino games, bingo products, as well as its virtual sports vertical. 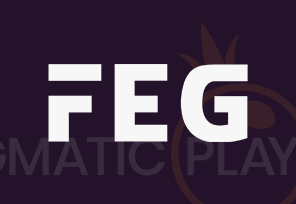