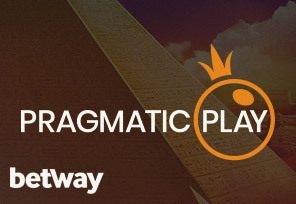 Pragmatic Play, one of the leading casino software developers in the iGaming industry, recently struck a deal with well-known operator, Roobet, and launched a dedicated live casino studio.

However, the company has decided to continue its growth, as evidenced by the latest news. This popular provider announced that the company has influenced another significant agreement that will enable it to do just that!

The new collaboration will see a handshake between Pragmatic Play and one of the leading operators Betway, and as a result of the partnership, another dedicated Blackjack studio will be born!

This studio will be just another way for these two brands to strengthen their long-term cooperation. Namely, the developer and Super Group’s brand have been merged for some time, and the deal has brought distribution from Pragmatic’s fantastic titles to the brand’s platform.

The new dedicated studio will be enriched with Betway branding, which will further make the casino’s customers feel more comfortable while spending time with their favorite products.

This new dedicated live casino studio is another milestone that will mark this year. First, Pragmatic will once again get closer to its goal of global growth, but also strengthen its partnership with the operator. On the other hand, Betway’s reputation in the industry and in the eyes of customers will grow thanks to this fantastic project.

The agreement with Betway comes after the developer sealed several similar deals which, including this one, have contributed to the great growth of the developer’s live casino offering. Previous collaborations have included shaking hands with well-known brands including Kindred’s Unibet, Mansion’s M88, and Stake.

Both brands are pleased to strengthen their relationship with one another…

Yossi Barzely, Chief Business Development Officer at Pragmatic Play, said:“We’re very pleased to further strengthen our close relationship with Super Group and provide a dedicated Live Casino environment to Betway. Betway is a hugely recognizable brand in regulated markets all over the globe and this is a fantastic opportunity for us to further showcase it through a state-of-the-art Blackjack studio.”

Anthony Werkman, CEO of Betway, said: “Creating incredible gaming experiences for our players is a priority for us, so launching a new dedicated live and immersive blackjack studio with Pragmatic Play is something we’re all excited about. The supplier has an incredible track record of delivering unmatched bespoke studios and we’re very pleased to launch our Blackjack products with them.”