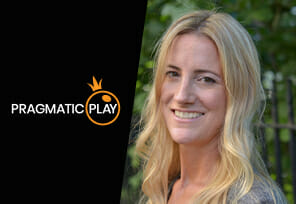 State of the art provider of casino content and one of the most established brands in the sector, Pragmatic Play, has promoted Irina Corindes to the role of Chief Operations Officer.

Corindes also has several years of experience in the iGaming industry while working in different leadership roles. Her latest role was at Gamesys where she was working as Chief Commercial Officer for Asia, where she led the fast-increasing division of the company.

“We created this role as part of the next phase in our expansion journey and sought out Irina for her impressive growth track record. We are confident Irina’s accomplished experience will help successfully guide the company to new heights.”

Cornides states that she is pleased to join a well-versed team of Pragmatic. According to her words, the live brand has included its games via different operators and players enjoy their offer. She is looking forward to contributing to the additional success of the company and leading it to even greater heights.

Pragmatic Play continues a successful period of extension by signing agreements with top-tier operators while also adding new slot releases. The latest in the series is an agreement with Locosbet, a forward-thinking brand from Latin America.

Under the terms of this deal, players in South America will get access to the full gaming portfolio from Pragmatic Play including the popular titles such as Crystal Caverns Megaways, Smugglers Cove, plus John Hunter and Big Bass Bonanza series.

Apart from this, Locosbet players will also get access to live casino and virtual games from Pragmatic. The brand will continue its LatAm expansion while looking to conquer the leading markets in South America and become the first choice of players.

More Words on the Brand

Pragmatic Play is an established software company and provider of live casino, slot and bingo games. Since its inception in 2015, the company has been working hard on delivering products that are regulated, optimized for smartphones, and innovative. It aims to become a leading provider of entertainment in the iGaming industry by keeping a smooth relationship with customers. It has received several recognitions for its results and one of the most popular games from the brand is Wolf Gold. It adds new slots every month, with players able to experience up to five new slots on a regular basis.