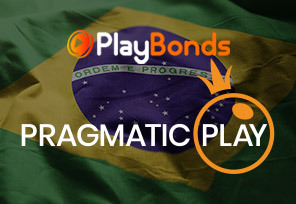 After expanding its previously signed deal with Solbet, Pragmatic Play, one of the leading developers of online slots, table games, and live casino content, has now decided to take another step toward Brazil via Playbonds.

This popular company has already strengthened its presence in this market several times through partnerships with many operators, including MarjoSports but continues to seek ways to expand.

Thanks to the new agreement, Brazilian players will have the opportunity to try out products from as many as two developers’ verticals.

According to the announcement from the developer, players will be able to find plenty of interesting online slots as well as products from a wide library of live casino titles available on the Playbonds platform. The distribution will include provider’s engaging and eye-catching online slots including online hits Rainbow Gold

as well as the player’s favorite Fruit Party

The launch of the live casino product will see the availability of some of the most sought-after titles of its kind on the casino platform including the popular classics Blackjack and Baccarat, as well as the Sweet Bonanza Candyland slot.

Both companies will benefit greatly from this collaboration. The operator will provide its customers with an unforgettable iGaming experience with the Pragmatic’s titles, while the latter will once again strengthen its position in LatAm region and thus take another step towards fulfilling its global expansion plan.

Victor Arias, Vice President of Latin American Operations at Pragmatic Play, said:“We are delighted to be launching our fan-favorite Slot and Live Casino titles with a new partner, Playbonds. The operator’s player base will now gain access to our award-winning games and we look forward to seeing how their customers receive our titles. This deal marks another key expansion for us into the Latin American market as we look to become a leading provider in the region.”

Marcos Correa at Playbonds said: “Partnering with Pragmatic Play and introducing their world-renowned titles to our players helps to reinforce our reputation as a company with global ambition. Delivering our players the highest quality releases and a wide array of choices is a key goal of ours, and we look forward to seeing where the partnership takes us.”

In addition to the already mentioned partnerships, Pragmatic has entered into collaborations with several other well-known brands since the beginning of the year. One of the latest deals was with Napoleon Sports and Casino. This agreement saw the distribution of the provider’s slots vertical to the platform of this globally known operator.