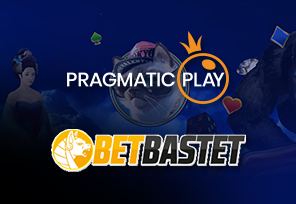 After launching its ever-growing and fantastic portfolio in Peru just a few days ago in partnership with Pentagol, Pragmatic Play sets is sights on conquering another market: Brazil!

The popular supplier of engaging online casino content, has decided to once again confirm its presence in one of the leading countries in the LatAm region, thus guaranteeing an even more enviable position in Latin America!

Pragmatic Play expands its market reach in Brazil by teaming up with B2B brand, Betbastet!

According to the agreement, Pragmatic will deliver games from its three verticals, including slots, live casino, and virtual sports, to the platform of the Brazilian operator.

Betbastet’s offering is now expanded with a wide range of Pragmatic’s impressive online casino games such as recently launched Candy Stars™ and Sword of Ares™ as well as award-winning Gates of Olympus™!

For fans of live casino games, the brands have prepared a selection of the best titles including Sweet Bonanza CandyLand and Mega Wheel.

However, sports fans are not left out either! Players will also gain access to a collection of virtual sports products such as Force 1, as well as football, horse, and greyhound racing.

Victor Arias, Vice President of Latin American Operations at Pragmatic Play, said: “Brazil continues to assert itself as an extremely promising region for us, and the addition of BetBastet to our ever-growing partner network serves as evidence of this. We’re thrilled to be given the opportunity to elevate yet another brand with content from three of our most promising verticals and expect the products to resonate strongly with Brazilian players.”

BetBastet representative said: “The variety of Pragmatic Play’s multi-product offering places it in a league of its own, and we are so excited to share this new content with our Brazilian players. We expect our engagement metrics and revenues to receive a real boost from this major addition and we couldn’t be happier with the terms of the agreement.”