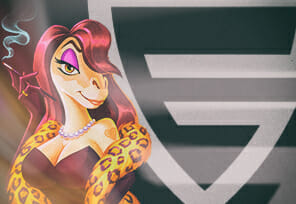 One of the most recognizable brands in the iGaming industry, Push Gaming, decided to launch its products even further by entering a partnership with global operator, 888Casino.

Under the new contract, this leading casino will expand its offering with the best online titles from the provider including Jammin ‘Jars, Jammin’ Jars 2, Razor Shark, Mystery Museum, and Wild Swarm. However, that is not all; as announced, even more online releases will be distributed in the future.

Both brands will benefit from this partnership. First, it will help the developer expand its business scope further while on the other hand, 888Casino will once again prove its popularity. Namely, this casino is constantly trying to provide its clients with the most sought-after titles of well-known developers, thus attracting more and more customers.

The developer also recently partnered with Betsson and added it to its list of partners that already includes brands such as Casumo, LeoVegas, Entain, Soft2bet, and The Rank Group.

Over the past year, the brand has been praised at the prestigious Casino Beats Game Developer Awards competition and has also been nominated for four awards at the 2021 EGR B2B Awards ceremony.

Push does not stop spreading after it bought the MGA and UKGC-licensed platform. Also, the company has announced several more expansions globally in the coming year.

Commenting on the release, Fiona Hickey, Head of Sales at Push Gaming said: “It’s another deal with another tier-one partner. We’re delighted that these are the types of agreements we’re signing – it’s a testament to the quality of our content and our player-first approach in everything we do. 888 is one of the world’s leading online betting and gaming companies and our partnership presents a fantastic opportunity to build on our recent successes, with our exposure in key markets significantly enhanced.”