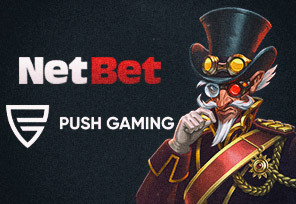 Push Gaming, one of the leading developers of innovative and engaging online casino releases, announced that the company has expanded its list of partners thanks to a new agreement with NetBet.

The deal will see Push launch its wide slots portfolio further across the UK, Romania, and the Netherlands.

Also, the operator’s customers will have the opportunity to explore the popular Fat Banker and Mad Cars releases.

Both Sides to Benefit

This partnership will have a positive impact on the development of both companies. Namely, Push Gaming will further expand its business network and reach an even larger number of punters thanks to this agreement, which will significantly improve the company’s position in the industry. On the other hand, the operator will drastically expand its offering and thus strengthen the trust of its customers and show them that they made a good choice when they decided on this brand.

Fiona Hickey, Head of Sales at Push Gaming, commented on the new partnership and said: “We’re delighted to maintain our recent record of partnering with tier-one operators, with NetBet being a testament to our continued European expansion. Its presence in a host of key markets will prove a fantastic boost to our commercial growth and we’re thoroughly looking forward to working together.”

Claudia Georgevici, PR manager at NetBet added:“Push’s games are among the most popular in the industry and so this deal represents a significant move forward for us. Its content will fit in perfectly among the diverse range of quality entertainment we have to offer our players.”

Push Gaming is one of the leading developers in the industry, headquartered in London, UK. The company was established in 2010, and its products can be found on the platforms of some of the world’s best-known operators including LeoVegas, Entain, 32red, 888, Casumo, Betsson, Svenska Spel and PaddyPowerBetfair.

The company also recently stepped into Sweden thanks to the latest deal with the well-known brand Svenska Spel, which saw the launch of the developer’s titles on the operator’s platform.