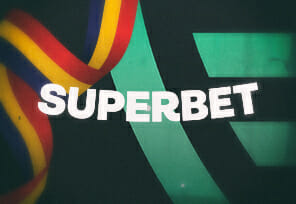 Push Gaming, one of the leading and most famous casino software developers in the iGaming industry, has signed a deal with the well-known operator, Superbet to launch its portfolio in Romania.

According to the agreement, Push Gaming will launch its popular online releases to this market, including the recently released online titles Jammin ’Jars 2, Fire Hopper, and Bison Battle. However, Push’s soon-to-be-launched Big Bamboo will also be included in the distribution.

Thanks to this agreement, the developer will once again step into Romania and continue to implement its global expansion plan. Punters who decide to check out the offering of this casino will have the opportunity to meet some of the most sought-after titles globally, on the operator’s platform.

All this has become possible after Push received a certificate from the Romanian national regulator (ONJN) at the end of last year, which enabled it to do business in this territory.

The deal is a very important milestone for both brands. Push, which recently made further progress in its expansion plans with ComeOn Group, will take another step towards its goal by stepping into another important market while this leading Romanian operator will expand its offering with online slots from one of the globally known providers.

Hickey, Head of Sales at Push, commented on the collaboration: “Our success upon initially entering the Romanian market has allowed us to explore additional operators. It’s a pleasure to partner with Superbet and its exciting market positioning and brand strength as a leader will allow us to supply our games to even more players. This will further strengthen our position as the industry’s most player-first studios both in one of the CEE’s most dynamic markets as well as across wider Europe. I’m sure this will be one of the many exciting deals we’ll be announcing soon enough.”

More On the Developer

Push Gaming is a developer that is spread all over Europe. So far, the company has entered into partnerships with well-known brands such as LeoVegas, Entain, 32Red, 888, Casumo, Betsson and PaddyPowerBetfair. However, the company plans to further strengthen its presence in Europe during 2022.