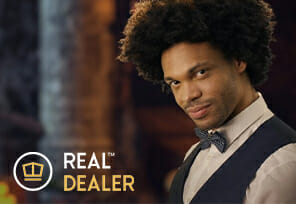 Real Dealer Studios, a unique developer of cinematic content whose games have been designed as a substitution to live casino, is ready for Halloween. The provider has just announced a new and creepy iteration of the popular Real Roulette game.

The release of the new game is planned for 18 October. Titled, Real Spooky Roulette, the action takes place against a range of skeletons, torches, and jack-o-lanterns, followed by a scary soundtrack that promises to intensify the atmosphere.

The addition of the first holiday-inspired title shows a new direction in Real Dealer specialization, whose games are usually connected with the luxury casino environment. The company has also announced another release for the upcoming months, celebrating the holidays with a Christmas-themed release. The shift into holiday-inspired games comes hot on the heels after the summer launch of Real Dealer’s original titles for the Spanish market.

Real Spooky Roulette has the identical format as other releases in the Real Roulette suite, delivering a unique customer experience. This includes recorded videos of live dealers incorporated into the random number generator gameplay. Its pioneering attitude to game development takes advantage of pro actors, film directors, and other crew to provide Hollywood levels of production. Such a gaming approach has never been seen in the industry before.

“Real Spooky Roulette allows our partners to take advantage of the Halloween season by delivering a themed game that delivers an authentic and engaging online casino experience like no other.

“This is a great addition to our growing portfolio, and we look forward to seeing just how brave players are when they dare to enter Real Spooky Roulette for the first time.”

Real Dealer Studios is a game production studio created on a single notion: that moviemaking technique can bring an online casino to another level. Founded in 2019 and based in Malta, the company delivers a special line of games that connect Hollywood-style cinematic content with RNG gameplay. Its tagline, ‘It’s not live. It’s Real,’ shows the essence of the mission: to produce realistic, one-to-one dealer entertainment that’s more superior to what live casinos could offer.

Real Dealer games are set in a private casino where the player sits right to the dealer. The action is broadcasted live from the modern studios, surrounded by high-quality visuals and a soundtrack. Some of its most successful games are Fortune Finder, Roulette, and Baccarat.