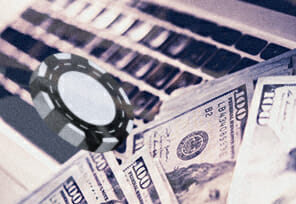 December has been quite a month for Maryland, which not only welcomed sports wagering but opened two retail venues as well. On the other hand, Florida’s Seminole Tribe is currently not accepting bets via its online sports betting app, due to the District Court’s ruling.

Multiple counties in South and North America also made significant progress in establishing regulatory frameworks for their entertainment industries. As for Europe, Finland and Netherlands have introduced new measures to protect players.

If you want to take a closer look at the most recent regulations which marked the final month of 2021, keep reading!

Florida: As the District Court denied its stay of the ruling request, the Seminole Tribe stopped accepting bets on its Hard Rock Sports betting app.

Illinois: Sports stadiums in the city are now permitted to establish sportsbooks, as The Chicago City Council lifted its ban on sports wagering. An additional tax of 2% is imposed on sports betting gross win from sportsbooks in the city.

Ohio: Governor Mike DeWine signed HB29 into law, greenlighting online and retail sports betting and setting a tax rate of 10% of the gross win. Also, he approved 25 Class A licenses to be awarded to the state’s casinos and permitted one online skin. An additional skin may subsequently be added if approved by the Gaming Commission.

Virginia: In cooperation with Colonial Downs, PointsBet launched its online sportsbook on December 15, 2021.

Washington: On December 21, 2021, BetMGM opened its retail sportsbook at the Emerald Queen Casino.

Wisconsin: As the State and the St Croix Chippewa Indians of Wisconsin signed amendments to the tribe’s gaming compact, the tribe is now permitted to offer retail sports wagering in their brick and mortar facilities in the state.

Argentina: Legislators in Córdoba Province presented a bill to regulate online gambling. If accepted, the bill would greenlight the Lottery of Córdoba to offer up to five approvals for a maximum of twenty years.

Moreover, legislators in the Autonomous City of Buenos Aires introduced a set of measures to level up protection and responsibility. As proposed, a ban on the use of credit cards for online gambling would be imposed, along with the ban on advertising gambling via television, radio, and advertising boards.

Brazil: The bill drafted by the working group proposed the creation of a new federal regulatory body called SINAJ – The National Gaming and Betting System. Also, the draft suggested that gambling companies must have headquarters and offices in Brazil.

Those enterprises would be obliged to establish a national database of players to help limit gambling-related issues. The operation of casinos, bingo halls, sports betting, online gambling, skill games as well as street lottery “the animal game” belong to activities authorized by the bill.

El Salvador: The Ministry of Finance presented a law to the Legislative Assembly to give the National Lottery the right to both monitor and operate sports betting and online casino games nationwide.

Puerto Rico: The Gaming Commission plans to grant three casino licenses in 2022, for facilities to be located in the areas of San Juan, Dorado, and Ponce.

Uruguay: If passed into law, the bill submitted to Parliament would give the General Directorate of Casinos (DGC) permission to award online casino licenses to both state-run and privately run operators in the country.

What About the Rest of the World?

Finland: The country reinforced its player protection and responsible gambling sectors by implementing a set of measures. Initially scheduled to take effect on January 1, the measures would prohibit advertising for slot machines and incorporate payment blocking measures to all illegal suppliers of online gambling services.

Netherlands: The Dutch gambling operators association (VNLOK) set a bonus cap of €250 and banned consumers aged 18-24 to redeem bonuses. Also, the association would not advertise bonuses on TV and radio.

Republic of Georgia: The Prime Minister expressed his support for the reforms which aim to increase online gambling tax, raise the minimum gambling age and ban gambling advertising. As explained, the tax would be increased by 65-70%, while the minimum age would be increased to 25 (instead of 21, which is the current limit). Also, all forms of gambling marketing would be barred except for sports team sponsorships.

The post Recap of Worldwide Gambling Regulations for December 2021 first appeared on RealMoneyAction.com.