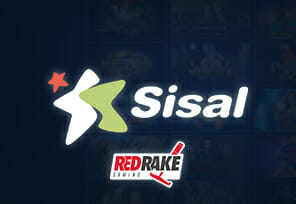 Red Rake Gaming (RRG) and Sisal Casino have made the join decision to enter a partnership and reap the benefits. RRG will expand its wide range of products to the Spanish market and thus create the potential for even greater progress in the future. Sisal, on the other hand, will provide its players access to the games of this well-known provider and thus strengthen its relationship with players.

Among the games that will be on this list are Alchemy Ways and Million 7, which are very popular among players because they both have 1 million ways to win.

Nick Barr, Managing Director at Red Rake Malta, commented on the partnership stating: “We are thrilled to expand on our existing relationship in Italy and assist SISAL in their growth in the Spanish market. With Spain being our first regulated market, we are very well positioned in the market and very confident the SISAL’s Spanish players will be happy to learn of our games being live and will continue to enjoy our high engagement localized content on SISAL.es. We look very much forward in continuing our strong partnership with SISAL in this new market.”

More on the Partners

With over 70 years of experience in the iGaming industry and an incredible number of experts who make up their team, Sisal Group now provides online gaming services.

The online casino is licensed by the Autonomous Administration of State Monopolies.

Although it appeared on the market in 2013, it quickly gained fame. In the first few years of business, this casino was the winner of several awards such as the prestigious casino operator of the year, and it is proven to be a trusted platform for players. Some of its releases are powered by Playtech, which is one of the leading online casino developers.

Red Rake Gaming, on the other hand, recently made several other agreements in addition to this one, which are very important for its expansion. A few days earlier, this casino content developer entered into a partnership with SportingTech, and during this month also entered the Netherlands in a deal with Holland Casino, and it also reached Italy.