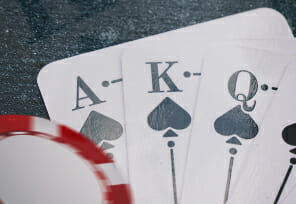 Similar to many previous months, the market of the US has been the most dynamic one, as multiple states either fully welcomed or are about to approve online sports betting and other forms of gambling. European countries have been somewhat quieter, as well as the rest of the world, where regulators are more or less adjusting the rules based on the ongoing health crisis.

Our insightful report will address the most important regulatory modifications in the United States. Also, you will take a closer look into the most significant changes from Europe and Canada.

Regulatory Updates from the USA

Colorado: On August 18, Tipico introduced its online sports wagering platform in the state.

Connecticut: Amended gaming compacts between the State and the Mohegan and Mashantucket Pequot Tribes were submitted to the Department of the Interior for revision, with September 10 set as the date for approval or rejection.

Florida: The Department of the Interior approved the State – Seminole Gaming Compact for a period of 5 years. With this approval, the Tribe got the exclusive right to offer craps and roulette, establish up to 3 new venues on tribal land, and the right to offer mobile and retail sports betting in partnership with pari-mutuel betting operators in the state.

Illinois: The Gaming Board launched the application process for three additional online-only sports betting licenses on August 5, with the process set to end on December 3.

North Carolina: Retail and online sports wagering bill, SB688, was passed by the Senate and progressed to the House for consideration.

West Virginia: PointsBet opened its web-based sportsbook in partnership with the Hollywood Casino on August 13.

Recap of Regulations from Europe

Finland: Veikkaus has announced that the loss limits currently applied to fast-paced online games will be extended to cover physical slot machines in stores/restaurants and Veikkaus gaming arcades, as of September 1.

Germany: The state of Nordrhein-Westfalen launched the licensing process for the operation of online table games in the state, willing to offer five licenses for a term of 10 years. Under the new Interstate Treaty on Gambling table game operators must hold a separate license to offer non-poker table games including both RNG and live dealer games in states which chose to permit this.

UK: The Gambling Commission extended the tender process for the National Lottery license by four weeks. As a result of the delay, the successful bidder will be announced in February 2022.

Let’s start with Canada, where the Safe and Regulated Sports Betting Act took effect on August 27. Starting this date, provinces are permitted to offer single-event wagering.

The very same day in Ontario, OLG announced it would launch its new online sports betting platform, Proline+. In addition to this, it was announced that current offshore facilities will be eligible to get licensed if they halt all offshore operations.

The post Regulatory Updates in Gambling Industry for August 2021 first appeared on RealMoneyAction.com.