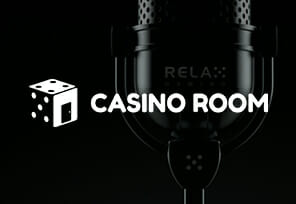 Superior iGaming aggregator and provider of award-winning content, Relax Gaming, has secured a deal with Ellmount Entertainment to include its games via the brand’s platform, CasinoRoom.

Under the terms of the new deal, Relax will significantly increase its footprint allowing the aggregator to include its titles, such as Top Dawg$, Dead Man’s Trail, and the Money Train 2 via the famous casino brand.

Ellmount Entertainment is also known for its successful site which also has a license in Sweden. This corresponds with Relax’s ambitions to expand its reach in the Nordic market.

“We have a track record for pushing the boundaries in game development and are confident that reputation will grow thanks to this new partnership with Ellmount Entertainment.

“This deal comes as testament to the value that Relax brings to the table for both the operators and studios we work with, delivering top level content quickly and easily. We are excited to see this deal blossom in the coming months.”

Relax Gaming has recently powered its suite with Volatile Vikings, a feature-filled 6×5 experience on the high seas, introducing the world of ice and fire. The title includes the Multiplier Reveal feature which is available during the whole game, as well as cascades, boosting the wins as the players look to enter the Bonus Spins round by butting 3 Bonus symbols.

Six casino spins are delivered, and every new bonus element unleashes an extra spin. If the sum of all wins achieved in the bonus round comes to 20,000x thebet or higher, the player gets a 20,000x bet.

What We Know About the Brand

Founded in 2010, Relax Gaming Group is focused on simplifying the delivery of B2B games for the iGaming industry. Thanks to the standardized pricing and full potential for new collaborations, the company continues to enhance its presence across the globe. Relax Gaming is known for an excellent gaming suite with more than 1000 games as well as a collection of proprietary solutions, including Poker, Bingo, and a slot suite. Its games are provided via Silver Bullet and Powered By partners.