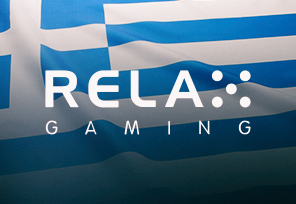 Relax Gaming (RG), one of the most recognizable and popular casino software suppliers in the iGaming industry, delivers exciting news that sees it entering the Greek market!

In the midst of its latest news, RG shows no signs of slowing down. Recently, it launched its ever-growing portfolio further, just a few weeks after it stepped into Colombia thanks to a successful partnership with MegApuestas.

Relax Gaming is delivering its portfolio in Greece! This means players from this beautiful country will now have the opportunity to access some of the most popular online casino titles in the industry, which are proven to be one of the most sought-after among punters worldwide.

Its games will be available to players via the platforms of several approved operators from the first quarter of the year.

Ever-popular hits such as example TempleTumble 2 Dream Drop, Net Gains, and the very popular Money Train 3 will be included in the distribution.

Alexia Smilovic Ronde, Chief Regulatory Officer at Relax Gaming, gave his comment regarding this amazing deal and said: “We’re delighted that Relax Gaming has been issued an iGaming Supplier License by the Hellenic Gaming Commission. We’re pleased to continue our global scale expansion within a jurisdiction that has such a huge potential for growth in the online casino sphere. We’ll keep a close eye on regional regulatory developments to continue with its successful journey of expansion in newly regulated markets.”

Popular Name in the Industry

Relax Gaming is one of the most popular B2B brands that has established itself as one of the leading ones in a short time.

The company was founded in 2010 with its headquarters in Malta.

Also, it boasts numerous awards that the company has guaranteed at prestigious competitions, including the Best Mobile Gaming Software Provider (EGR B2B Awards), Casino / Slot Developer of the Year (SBC Awards) and many others.