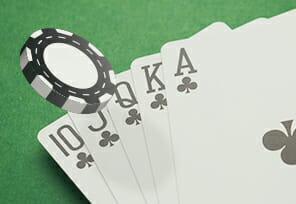 Following the similar trend to previous months, numerous states in the US have opened their doors to online sports betting, but other entertainment services as well. Scientific Games expanded its presence in two states, signing multi-year contracts to offer its top-quality products.

Meanwhile, in Europe, Ireland is preparing significant changes to its gambling regulatory framework. Portugal and Sweden came up with new player protection measures.

Read on for more information!

California: A couple of amendments were made to the ballot initiative to permit online sports wagering, presented in September. As defined, tribes would be referred to as sports betting licensees, while commercial operators would be classified as platform providers. In addition to this, tribes are not obliged to pay taxes on their activities, while the commercial platform providers have to.

Connecticut: On October 19, 2021, the Mohegan and Mashantucket Pequot Tribes and the State Lottery fully launched online sports betting and iGaming.

Florida: Due to legal challenges against the compact agreed between the state and the Seminole Indian Tribe, the introduction of sports wagering in the state was delayed until November 15, 2021, at the earliest.

Louisiana: In collaboration with Betfred Sports, Paragon Casino, the tribal casino, became the first establishment to launch sports betting in the state on October 6, 2021. The state’s commercial operators are expected to launch these services in Q1 2022.

Missouri: Scientific Games was awarded a 5-year contract to operate instant ticket games in the state.

Vermont: The Lottery granted Scientific Games a 10- year gaming systems contract which is expected to come into effect in Autumn 2022. One of the main aims of the contract is to maximize the revenue and boost the state’s Education Fund.

Washington: Nine tribal gaming compacts received approval from The Department of the Interior to offer sports wagering services, with seven more being under consideration.

District of Columbia: On October 4, 2021, the Grand Central Sportsbook received a Class B license and became the first bar to open a private sportsbook, offering two self-service kiosks and a ticketing window.

Ireland: Aiming to bring more order to the gambling regulatory framework, new legislation was put before the Cabinet for consideration. Some of the suggestions include the establishment of a new regulator with expanded powers, as well as restrictions on Loyalty schemes, advertising, and bonuses.

Sweden: According to the newest suggestions, all offshore operators should be blocked by ISP in the country. As far as the current regulations instruct, only operators who are actively targeting the market are restricted.

Netherlands: The KSA announced it would launch an application procedure for the country’s totalisator betting monopoly license. This permission would be granted for a period of 5 years starting on July 1, 2022, while the application process is expected to start on November 1, 2021

Lithuania: Parliament gave its final approval to a bill that permits online-only gambling licenses. This means that from 2022, offshore online service providers will no longer be required to enter an agreement with a land-based licensee in order to target the market.

Portugal: Proposals to ban gambling advertising between 07:00 and 22:30 on television and radio were approved.

Chile: The Chilean Gaming Board (SJC) opened a tender for two casinos in the region of Valparaíso: Enjoy San Antonio and Enjoy Santiago. Since the beginning of the tender, eleven bids were received for nine new casino certificates. Eight of them were put forward, while three were suspended due to legal proceedings.

The post Retrospective of Gambling Regulations in the United States and Europe for October 2021 first appeared on RealMoneyAction.com.