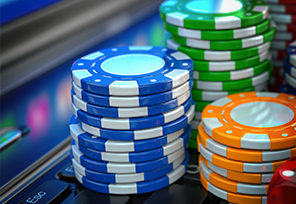 Being one of the largest and most active markets, the United States is always #1 in regulatory changes in online and land-based gambling industries. Alabama and Kansas are making lots of progress with introducing sports betting to the consumers, while Wyoming is steps closer to welcoming state and multi-state instant games.

In addition to this, multiple countries from South America are opening their doors to online sports betting, namely Argentina and Chile. Peru is in the process of drafting the bill which would regulate this activity.

Most Recent Updates from the United States

Alabama: Legislators introduced a bill SB 294 to the Senate to approve the establishment of a state lottery and five casinos that would be permitted to offer sports betting. In case the majority of voters greenlight the Bill in the state-wide referendum, the said activities would become legal. As suggested, they would be taxed at a rate of 20% of the net win.

Alaska: The House was presented legislation that aims to permit online sports wagering and daily fantasy sports. If approved, the bill would allow three operators to offer these games at a tax rate of 12% of the gross win.

Illinois: Thanks to the agreement with Par-A-Dice Casino, the state welcomed an online sportsbook on March 5, 2022. Starting that day, the in-person registration requirement for customers activating new sports betting accounts is no longer required.

Kansas: The bill, HB 2740 was presented, aiming to legalize retail and online sports betting in the state. If the proposal is approved, the state’s four commercial casinos would be allowed to operate retail wagering and online wagering via 3 skins. The suggested tax for retail bets is 14% of the gross win and 20% on online bets.

Minnesota: Tribal sports betting bill HF 778, which should give tribes full monopoly on retail and online sports wagering and enable them to cooperate with commercial operators was passed by the House and progressed to the Senate for consideration.

New York: Resorts WorldBET launched its online sports betting platform on March 3, 2022. Plus, the court of NY ruled that fantasy sports are not prohibited gambling products as the State law recognizes them as games of skill.

Also, Senator Joe Addabbo presented a bill to increase the number of online sports betting operators permitted to offer services in the state and reduce the tax on the activity. As suggested, the number of companies should increase to 14, while the taxes would be decreased to 35% the gross win. In case 15 or more companies receive permissions to operate, the taxes would be additionally decreased to 25%, while bets made with promotional credits would be excluded from their taxable gross revenue.

West Virginia: The Senate approved legislation SB 100 to allow racetracks to open a second casino in the county in which they are based. If the bill gets approval on a state-wide referendum, it will be enacted.

Argentina: Chubut Province authorized the operation of online casinos which would be managed by the Chubut Lottery. Other online casino operators will be able to apply for a license.

Brazil: President Jair Bolsonaro pointed out that he would veto Bill 442/9 if it was approved, in which case, the law would return to Congress. The veto can be overturned if an absolute majority of Deputies and Senators vote to do so.

Chile: The government introduced a bill to authorize and regulate online sports betting. The suggested tax rates for service providers amount to 23% of gross win whereas consumers would have to pay 15% on any income obtained via gambling.

Peru: The Ministry of Foreign Trade and Tourism Ministry (MINCETUR) is preparing a draft online sports betting bill. As far as suggested, this Ministry would be the regulatory institution in charge. To obtain the license, the operators would be obliged to have a legal representative physically present in Peru. The domain would have to end in .pe, while tax would amount to 12% on the gross win, along with a 1% consumption tax on all bets.

Highlights from Netherlands and Ontario

Netherlands: The KSA confirmed the “cooling off period” for online gambling license applicants who were discovered to have targeted the Dutch market before it officially started running ends on April 1, 2022.

Ontario: The AGCO announced that operators who have not received a license by the launch of the province’s online gaming market on April 4, 2022, must cease all activities in the province. This includes operators who are in the process of applying for a license. As a small reminder, 888, PointsBet, theScore, Rivalry, and Rush Street are the only corporations officially permitted to operate. Moreover, AGCO presented the guidance for operators, focusing particularly on advertising, marketing, and compliance.

Were There Any Regulations in Asia and Africa?

Macau: According to the Ministry of Finance, the region’s casino operators would have their concessions extended by six months to December 31, 2022. As noted, there should be no increases in taxes and fees.

Singapore: Singapore Pools awarded IGT a six-year contract to supply the lottery’s central management system. Also, the Gambling Regulatory Authority (GRA) will be established as the single regulator for all gambling in the country.

Kenya: Legislation that allows betting, lottery, and casino games at five-star hotels in the city was approved. Operating hours are from 8 pm to 6 am.

The post Retrospective of Regulations in Online and Land-Based Gambling Industries- March 2022 first appeared on RealMoneyAction.com.