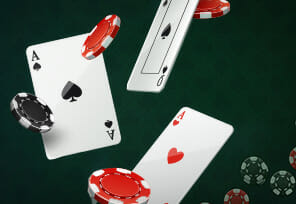 Following the same path as many previous months, the growing number of US states are welcoming online and sports betting activities. Some of the markets have already approved it, while the others are preparing the necessary regulatory framework for it.

Meanwhile, Norway and Finland are introducing stricter protection measures. Aside from the most recent updates in multiple US states, this report will address the most important changes from Europe and other parts of the globe.

California: Several commercial sports wagering operators introduced a ballot initiative to approve and regulate online sports betting. According to the proposal, initiated by Bally’s, BetMGM, DraftKings, Fanatics, FanDuel, Penn National / Barstool Sportsbook, and Wynn, interested parties would be required to partner and share revenues with tribes in the state. To qualify for the 2022 ballot, the initiative needs just under 1 million signatures.

Connecticut: The amended compacts between the State and the Mohegan and Mashantucket Pequot Tribes were greenlighted, meaning tribes are allowed to offer sports wagering and iGaming . As far as the Governor’s Office confirmed, the market is set to go live on October 7, 2021.

South Dakota: On September 9, 2021, the state welcomed sports betting, with four casinos introducing their retail and in-facility mobile sportsbooks. BetMGM teamed up with the Tin Lizzie Casino and Cadillac Jack’s Gaming Resort, while Internet Sports International inked a deal with the Mustang Sally’s and Gold Dust Casinos. IGT joined forces with Deadwood Mountain Grand Casino but did not launch on the said date.

Washington: Nine tribal gaming compacts received approval by the Department of the Interior to offer sports betting, while seven compacts are still under consideration. If everything goes well, the market is set to go live in early Q4 2021.

Wyoming: With BetMGM and DraftKings launching their sportsbooks on September 1, 2021, the state officially welcomed sports wagering.

Highlights from Norway, Finland, and the Netherlands

Norway: Norsk Tipping further decreased the temporary maximum monthly loss limits for its higher risk online games from NOK7.5k to NOK5k. These limits are expected to be in place until the end of 2021.

Netherlands: The Government instructed all the operators who haven’t applied for the license to stop offering their services to locals before the regulated online market is launched on October 1, 2021.

France: ANJ launched a public consultation on gambling advertising and promotions. Before introducing any changes, the regulatory institution would seek opinions from multiple industry operators, advertising agencies, and French citizens.

Belgium: The Constitutional Court of Belgium declared that 2017 ruling was unconstitutional. These regulations allegedly permit interactive operators to offer more than one product vertical per domain, however, the most recent confirmation clarifies that only one product type per domain is permitted.

Ukraine: The consumer protection regulations set out by KRAIL in June, among which self-exclusion, deposit limits, and a ban on extended promotional events took effect on September 20, 2021.

UK: Legislation was introduced to the Northern Ireland Assembly to modify the country’s gambling regulations. The Betting, Gaming, Lotteries, and Amusements (Amendment) Bill would present a compulsory code of conduct as well as a new levy for operators greenlighted to operate in the market.

Ireland: Legislation was introduced to ban the use of credit cards for gambling via both land-based and online channels.

Macau: A consultation was initiated on a range of modifications to the regulatory landscape. One of the suggestions is to diminish the number of permissions available and reduce the period they are granted for. Also, the proposals presented the idea to appoint government delegates to cooperate directly with licensees to ensure policy goals are met.

The post Retrospective of Regulatory Changes in Gambling Industry for September 2021 first appeared on RealMoneyAction.com.