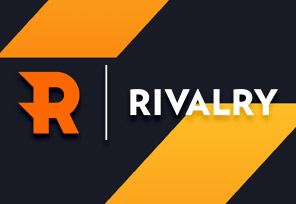 Rivalry Corp, internationally regulated sports betting brand, has announced that it will be present in the Ontario market opening day. More specifically, it will offer online esports and sports betting products in this Canadian province.

Although it is not the only brand that will initially leave its footprint in Ontario, Rivalry Corp stands out from the others in a special way. This popular sports betting brand is the only Canadian-based company to offer online gaming services in this market!

Steven Salz, Co-Founder, and CEO of Rivalry said,“We do things differently at Rivalry. We are aiming to be the sportsbook for the next generation through engaging content and innovative experiences that entertain and create loyal fans of Rivalry who come back for more. To launch in our home market feels like a dream come true, and a very significant milestone in our creation of a leading global brand.”

A Few Words About the Brand

Rivalry Corp. was established in 2016, and its headquarters are located in Toronto, Ontario. This popular company is known for its esports betting offering.

In addition to its Canadian license, Rivalry is fully regulated for the Austrian market, having received approval earlier this year.

Ontario is home to over 14.9 million people, making it one of the largest provinces in Canada. Given these data, we can say that this market will reach great popularity in a short time. We believe that for that very reason, big brands rushed to launch their offers in Ontario.

However, in addition to the mentioned brands, several developers have guaranteed the necessary license for Ontario that will allow them to launch their products on the platforms of licensed operators. The list of providers that will leave their footprint in this Canadian province includes Relax Gaming, Play’n GO, Rush Street Interactive, Inspired Entertainment, Nolimit City, and many more!