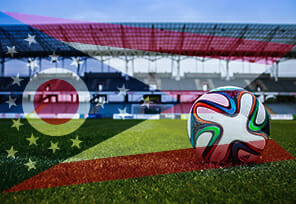 The State Senate of Ohio voted and passed Senate Bill 176, which would legalize sports gambling. The bill passed with two dissenting votes and now moves to the Ohio House of Representatives for further consideration.

After the national ban was lifted in 2018, the state of Ohio introduced legislation to legalize sports betting, and Bill 176 is the State’s best chance of joining its neighboring states of Michigan, Pennsylvania, West Virginia and Indiana in legalizing sports betting. Senate Bill 176 is sponsored by Senators Nathan Manning and Niraj Antani.

Only a Matter of Time

“Sports gaming’s already in Ohio. Ohio’s just not regulating it. This is something that I think is inevitable. It’s coming to Ohio. The members of the general assembly are working that process. I will have the opportunity to see what they came up with. I will have the opportunity to weigh in at the appropriate time. But sports gaming is certainly coming to Ohio,” said Mike DeWine, Governor of Ohio.

The revised version of Senate Bill 176 states that casino, racinos, and other businesses can apply for one of up to 58 sports gaming licenses at a $1 million cost, with 33 reserved for brick-and-mortar stores and 25 for online and mobile betting. Also, there is an unlimited number of licenses available for establishments with liquor, which are $6,000 for the Type C sports gaming license.

The licensing process will be handled by The Ohio Casino Control Commission. The professional sports teams in the state of Ohio and the Memorial Tournament and NASCAR have a preference for licenses. The Bill also states that two betting kiosks will be permitted per licensed location.

The Bill is not in the hands of Ohio’s House of Representatives and if it’s signed into law, players in Ohio are expected to be able to place bets in early 2022.