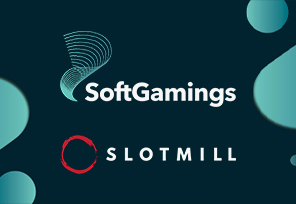 Slotmill, one of the most popular casino software developers in the iGaming industry, has announced an agreement with SoftGamings!

Just a few days ago, Slotmill joined forces with Pariplay in the latest Ignite® agreement, and it continues to strive for greatness in the new year.

Thanks to this distribution deal, Slotmill will further expand its global reach and reach an even wider audience.

As agreed, a wide range of incredible and hit online casino titles will be available to the SoftGamings distribution network from now on. Its clients will now be able to take advantage of engaging and feature-packed games including Coin Quest, Money Jar, Gem Rush and Super Fruit Smash, and many more!

The new deal marked a major milestone for both brands, and we believe that the companies expect long-term and successful collaboration!

Andreas Ternström, Chief Commercial Officer at Slotmill, said:“We are super excited about the agreement with SoftGamings which holds fantastic potential. SoftGamings has a strong market position and reputation for providing complete gaming solutions to operators.”

Anna Lalina, Director of Partnerships at SoftGamings, said: “We look forward to adding the Slotmill games to our offering. The attention to detail and quality of their games is superb resulting in a first-class player experience which is further accentuated by features like integrated Feature Buy and a high-paced gameplay.”

Slotmill, by all accounts, has decided to expand its footprint to some of the major markets in the industry by launching its portfolio with leading aggregators.

Namely, in addition to the aforementioned expansions, we must take a minute and look back at one of the most recent deals that left an important mark.

Namely, it signed a significant distribution deal with Hub88 and brought its content to this acclaimed platform.

Can’t wait to see what comes next!