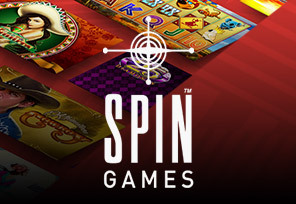 Spin Games, one of the fastest-growing casino software developers in the iGaming industry, has taken big steps since the beginning of the year that will significantly improve the position of the brand in the iGaming markets.

This popular provider recently became part of Bragg Gaming Group, and has now fulfilled the promise it made at the beginning of 2022!

Growing Its US Presence

Namely, the company announced that Spin Games has entered another US market and thus expanded its business scope. The developer’s fantastic library of titles will now be available in Connecticut through Spin Games’ remote game server (RGS).

Connecticut players who want to check out these titles can do so via the Mashantucket-Pequot Tribe’s and DraftKings iGaming websites.

As announced, the distribution will include various outstanding, feature-packed, and innovative online casino releases that are known around the world including Ripley’s Big Wheel and Galaxy Gaming’s 21 + 3 Progressive Blackjack, as well as Bragg’s Triple Jewels, Get Hot and Gypsy Riches.

Bragg’s Chief Executive Officer Yaniv Sherman said:“We are delighted to enter a new, regulated iGaming market in the US so quickly following our acquisition of Spin Games. Spin Games is already well-established in the North American market and provides Bragg with a unique platform which we plan to leverage to further expand with our brands in the region.”

Bragg Gaming Group is one of the most well-known B2B brands in the industry that recently secured a license from the Alcohol and Gaming Commission of Ontario. On that occasion, it presented its player account management (PAM) to the casinos operating in this Canadian province.

Its presence can be found in several key markets around the world, including the Czech Republic as well as the Bahamas recently.

Speaking of the American market, we must mention that Bragg entered several key markets in the US, including Nevada, and thanks to Spin Games, it went live in 4 states including Connecticut, New Jersey, Pennsylvania, and Michigan.

Yaniv Sherman also added: ”Following our entry into the Ontario iGaming market three months ago, our entry into Connecticut is another important proof point of our North American growth strategy, which will continue to accelerate as we debut our offerings in additional states as they enact regulations. With our RGS capabilities and growing portfolio of proprietary and exclusive third-party premium content, including our popular Wild Streak Gaming studio, Bragg is favorably positioned to become a leading iGaming supplier in North America.”