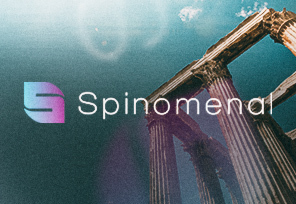 During 2022, we witnessed plenty of collaborations, expansions, and new games.

Spinomenal didn’t let up either. This popular casino software developer of premium and engaging online casino content made several significant moves by which the previous year will be remembered.

At the end of August, the brand boasted a new UK License, thanks to which it further expanded its global reach!

With the new year, the brand has more exciting things in store…

Spinomenal has received the green light to enter the fast-growing market of Greece after meeting licensing requirements.

Approval has been issued by The Hellenic Gaming Commission (HGC), and the developer has added Manufacturer A1 Suitability licenses to its collection of licenses!

This means that players from Greece will now be able to access Spinomenal’s ever-growing portfolio, which is known for incredible games that will offer engaging features, interesting gameplay, and big wins…

Spinomenal’s CEO, Lior Shvartz, commented:“Entering the Greek market is another top achievement for our business and perfectly wraps up another strong year. Our presence in Greece forms a major part of our expansion strategy within the leading regulated iGaming markets.”

The new “thumbs up” marked a major milestone for the developer!

Namely, thanks to the new approval, Spinomenal will reach an even wider audience and offer its content to new players. Players from Greece have been given the opportunity to guarantee an unforgettable iGaming experience with new and fresh content that will win their hearts in no time!

The new license to enter Greece is just one more of the major milestones the brand has announced recently.

Did you know that Spinomenal recently secured a license to enter Romania? The company announced the good news at the beginning of 2022 and said that it is ready to enter this European country thanks to the new approval.

Players from Romania were given the opportunity to access hit online slots such as Egyptian Rebirth II, Majestic King, and 4 Horseman II on the platforms of some operators.