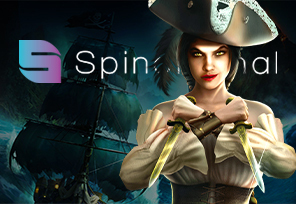 The Romanian market has been enjoying a rise in popularity lately. For this reason, several brands decide to expand their business scope in this market.

Spinomenal, a world-renowned casino software developer, who recently partnered with 888Casino, announced that the company has guaranteed another necessary license. This approval will give the provider the opportunity to make its popular online games available to punters from Romania.

Thanks to this iGaming license, casinos licensed for this market will be able to expand their offering with innovative HTML5 online titles from this fast-growing company.

Punters from Romania will get the chance to try out Spinomenal’s popular titles on the operator’s websites, thanks to this “thumbs up.’’ The distribution will include some of the most sought-after online slots such as Egyptian Rebirth II, Majestic King, 4 Horseman II, and other releases.

In addition to Romania, Spinomenal has been approved to launch its fantastic content in another 15 regulated markets. With this step, the brand has come closer to achieving its goal of global expansion.

Spinomenal’s CEO, Lior Schwartz, gave his comment regarding the new license:“We are really pleased to have been awarded this latest local license which will allow us to showcase our slots content within the Romanian market. The Romanian online gaming market continues to strengthen and we expect positive results from the region.”

A move towards Romania will allow Spinomenal to strengthen its presence in Europe by reaching out to even more players. By entering this market, the developer will significantly improve its position in the iGaming industry and expand its business network to another key market.

Spinomenal was founded in 2014 and has recorded great growth so far. The brand’s portfolio contains over 180 innovative HTML5 online slots that are one of the most popular among punters around the world as well as table games such as European Roulette, European Roulette VIP, and dice games. It is headquartered in Israel, and the supplier has so far partnered with some of the world’s best-known brands including 888Casino, Playtech, Pariplay, and many others.

This very popular provider strives to deliver its amazing content to players around the world. The supplier has left its footprint in many markets including Serbia, Portugal, South Africa, Belarus, Lithuania, Bosnia, Colombia, Sweden, and the Netherlands.