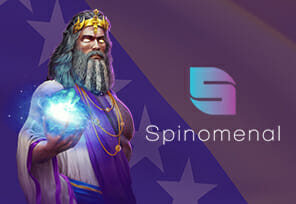 The rules on gambling in Bosnia and Herzegovina are not clearly defined. Although not entirely permitted by law, it is not exclusively prohibited either. Young people are allowed to gamble at the age of 18, and some statistics show that every eighth resident of this country gambles.

In 2013, some political parties that strongly oppose gambling, due to a belief in an increase in gambling addiction, launched certain campaigns to ban gambling activities.

Nonetheless, the government of the Republic of Bosnia and Herzegovina has issued several operating licenses to operators. Spinomenal recently became one of them, having been certified by the Bosnian authorities and soon will be available to punters in this country.

Spinomenal will strengthen its position in this territory as well, which is part of the plan to expand its network. Some of its most popular titles that will be distributed and enjoyed by Bosnians are Demi Gods II, Egyptian Rebirth II, Majestic King, and others!

The provider has been licensed by the Malta Gaming Authority (MGA) since 2019, and its wide portfolio of titles is complemented by hit games such as Age Of Pirates 15 Lines, Book Of Champions Reloaded, Book Of The Divine Reloaded, Asian-themed slot Story Of Samurai 10 Lines, Egyptian Rebirth I, etc. In addition to Bosnia, this content provider has certificates in the following countries: Lithuania, Sweden, Portugal, South Africa, Belarus, Colombia, Croatia, Georgia, Serbia, Malta, Estonia, Isle Of Man, Spain, and the Netherlands.

The wide library of games from this provider features over 100 titles, expanding with 1-3 new titles every month.

From the above, we can conclude that the Bosnians will be very happy with the new range of games, while Spinomenal will add the Republika Srpska to the list of countries in which it has consolidated its position. The company has also partnered with one of the most famous fast-growing crypto brands – BC Game.

However, we must note that those who do not know when it is time to STOP may become very addicted to gambling. Moderation in everything is very important. Be gamble aware, be responsible primarily for yourself and then for the people around you. Learn when to stop.

The post Spinomenal’s titles Now Live in Bosnia and Herzegovina Thanks to Certificate first appeared on RealMoneyAction.com.