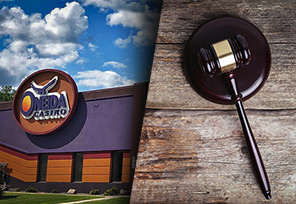 For the first time ever, legal sports betting will take place in Wisconsin. A new gaming compact amendment to The Oneida Nation will take effect this week, starting with sports betting.

Near the Green Bay Austin Straubel International Airport, more precisely 2040 Airport Drive, there will be a grand opening by cutting the ribbon in which Sandra Brehmer and Alma Webster will participate. They will be also the first to invest their money and place bets.

Back in 1976, the pre-tribal casino era reigned, and Wisconsin bingo games were launched thanks to Brehmer and Webster. Those bingo games were by far the most deserving of the tribe’s income at the time.

The New American Gaming Association released results this summer that shows that players are increasingly deciding to invest their money in legal casinos while increasingly avoiding illegal ones. As for legal bookmakers, we must note that they are becoming more available in several countries.

Fuss said The Oneida Nation has entered into collaboration with International Gaming Technology, and this agreement will allow The Oneida Nation to use software and infrastructure for sports betting satisfaction.

Representatives of Oneida believe that this was a good decision considering the feedback received from users.

Initially, sports betting will only be available at Oneida’s main casino.

Following their example, representatives of the Potawatomi casino business in Milwaukee said this summer that it is very likely that its tribal nation will want to make a similar agreement with the state. Punters will initially be able to invest their money in three national teams, the Green Bay Packers, the Milwaukee Bucks and the Milwaukee Brewers.

Fuss says that for now, the main focus will be on sport, but that in the future players may be able to bet on some important events such as the Oscars.

The states of Michigan, Iowa, and Indiana legalized sports betting back in 2018.

“Gamblers at Oneida Casino near Green Bay can now legally bet on sports, a first for Wisconsin’’, news.yahoo.com, November 30, 2021.