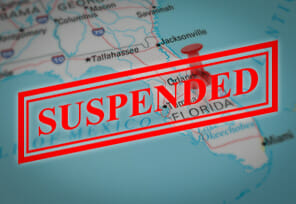 In addition to a lot of good news, sometimes we must brace ourselves for the not-so-good news. Some bad news for the gaming industry comes from Florida, where all kinds of sports betting have been suspended.

The termination of work was announced by the Seminole Tribe, and all this was preceded by a failed appeal against the verdict. The appellate court rejected the request, solidifying the future of sports betting.

The Hard Rock SportsBook app, owned by The Tribe, has stopped working, and on December 4, it stopped accepting bets. This was preceded by confirmation of the verdict handed down by Judge Dabney Friedric by the US Circuit Court of Appeals for the District of Columbia.

Judge Friedric explained her detailed analysis and opinion as to why she made such a verdict. She believes that the Indian Gaming Regulatory Act (IGRA) violated the agreement made by the tribe with the state, more precisely the request which clearly states that sports betting can be done only on “Indian lands.”

The agreement, written earlier this year, was approved by the Department of the Interior (DOI), led by Secretary Deb Haalan, and signed by Governor Ron DeSantis. However, this agreement was annulled in view of the verdict handed down by Judge Friedrich.

A statement from the Seminole Tribe

“As a result of yesterday’s Appeals Court decision denying a temporary stay of the District Court’s decision on the 2021 Compact, Hard Rock Sportsbook will temporarily suspend operations of its mobile app in Florida. Account balances for all current players will be refunded as requested. Meanwhile, players attempting to access the Hard Rock app were greeted with a message that said: “Although we are temporarily suspending the acceptance of new bets and account deposits, we remain committed to building the best place for sports betting in Florida.”