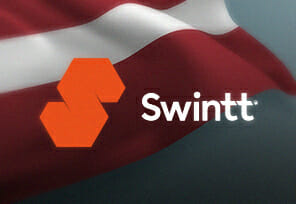 After successfully launching its portfolio in Estonia over the past year, renowned online slot developer, Swintt, has decided to once again leave its footprint in the Baltic region.

Swintt will enter the Latvian iGaming market in early 2022 to give players from this country access to its fantastic portfolio.

Swintt Select and Swintt Premium online products will be included in this important distribution. With this step, the provider will give the opportunity to punters from Latvia to try out some of the most modern and sought-after online products in the iGaming industry, thus showing them that the company cares about its customers around the world!

Swintt, which also recently entered Germany, has announced that players across Latvia will have the opportunity to enjoy its extensive portfolio of titles currently consisting of around 120 video slots. Punters will be able to have fun with the hits Rock N Ways XtraWaysTM and Book of the East, Hawaiian adventure, Aloha Spirt XtraLockTM Seven Books Unlimited as well as a wheel-themed release, Extra Win X. However, that’s not all; in addition to these fantastic products, players will have access to the provider’s soon-to-be-launched online products!

This is one very important milestone for this super fast-growing brand. It will once again strengthen its position in the Baltic region and take another step towards its goal – to expand to as many countries as possible.

To Be Partners Again

However, for all this to become a reality, the developer must team up with the operator on whose platform these fantastic products will be found. Swintt decided to continue its cooperation with Optibet, with which the company cooperated during its entry into Estonia.

David Mann, Chief Commercial Officer at Swintt, said:“Having already enjoyed great success in Estonia in 2021, the team at Swintt couldn’t be more excited about making our Latvian debut this month. The initial deal with Optibet is a continuation of our recent European expansion and will allow players to get a first look at our slots ahead of a wider launch in the country later this year.”

The post Swintt to Strengthen Position in Baltic Region By Entering Latvia first appeared on RealMoneyAction.com.