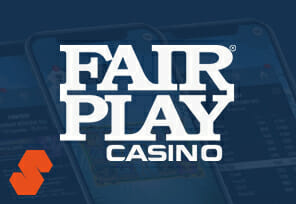 Until recently, online gambling was not regulated in the Netherlands. As of April this year, operators have been given the opportunity to apply for licenses. These licenses will allow them to distribute online titles. As of October 1, they were allowed to operate, and so far, only 10 operators have managed to secure this license.

After partnering with Fair Play Casino, famous casino software developer, Swintt, will expand its business network to the Netherlands. Players from the Netherlands, from now on, will have access to Swintt’s wide portfolio. This partnership will allow Swintt to expand and take a significant step in its evolution.

The collaboration will also bring benefits to Fair Play Casino, which is one of the most famous and leading operators in the Dutch market. This operator will provide its users with even more titles that they will be able to enjoy, while strengthening the trust of its players.

Some of the iconic hit titles that punters from the Netherlands will be able to enjoy include Master of Books and Extra Win, Book Of The East as well as many others.

Swintt, a well-known provider, has announced the launch of a new title that will win the hearts of players – Rock n ’Ways XtraWays. This online slot featuring 6 reels and 3 rows brings you the chance to win up to x25,000 the bet. The developer has provided up to 262,144 ways to win, and since the star symbol will add additional space on the reels each time, the grid will expand to 6 reels and an incredible 8 rows. In addition to the above, what will intrigue you the most is the fact that you can be rewarded with up to 25 free spins if you are lucky.

David Mann, Chief Commercial Officer at Swintt, said: “We’re thrilled to be taking games from our slot and premium slot collection live at Fair Play Casino Online. The latter are already hugely popular with Dutch players due to their presence in Fair Play Casino’s live venues, while the former will introduce them to a world of great games as we make our first steps into the Dutch regulated online market.”

This partnership will certainly help Swintt in its desire for global expansion while Fair Play Casino will fulfill the promise given to players regarding securing new titles.

Prior to this partnership, Swintt recently expanded its business network to Ukraine thanks to collaboration with Vulkan Casino.

The post Swintt’s Hit Titles Now Available in Dutch Market Thanks to Partnership with Fair Play first appeared on RealMoneyAction.com.