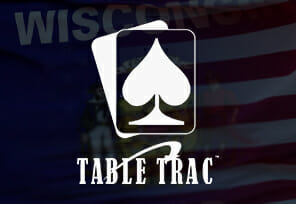 Table Trac, a popular brand, can now breathe a sigh of relief after the company has guaranteed the necessary license to launch its products in Wisconsin.

Present in Many Other States

This Minnesota-based brand, in addition to this license, has six other licenses issued by authorities in Colorado, Iowa, Maryland, Nevada, South Dakota and West Virginia.

Table Trac President, Chad Hoehne, stated: ”Wisconsin has so many great gaming properties and with our home base in Minnesota, we are always nearby to provide great service. We look forward to starting to serve gaming locations in Wisconsin very soon. ”

Table Trac, Inc. was founded back in 1995, and the main focus of the brand is designing, developing, and selling casino information as well as management systems. The company’s products and solutions have been expanded to over 90 casinos, which is approximately 150 locations throughout the North, South, and Central America, as well as the Caribbean.

We believe that this will be a very successful year for Table Trac, given that there is evidence that from the beginning of the year that the company is already on a roll.

On January 26, the company announced that it was named the 2022 OTCQX Best 50, as one of the best companies traded on the OTCQX Best Market last year. However, a few days later, on January 31, Table Trac unveiled more good news. Namely, the company has guaranteed a new license issued by the West Virginia Lottery Commission and thus made one more step towards West Virginia.

Additionally, on February 8, the brand signed a new collaboration that will allow it to launch its CasinoTrac management system at the Greenbrier.