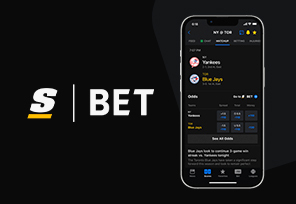 One of the leading operators in the US, theScore Bet, has enjoyed great popularity in the region during the previous period. However, the company decided to transfer its focus to a newer market.

Namely, it has decided to dedicate itself to developing its mobile sportsbook in the recently regulated Ontario market. For this reason, the brand has announced that it will discontinue its operations in the US.

The operator said that punters from the US will be able to settle their accounts until the first of July this year.

This latest move follows the brand’s received approval from the Alcohol and Gaming Commission of Ontario earlier this year.

One of the Fastest-Growing Markets

This market was launched on April 4th, 2022 and has already gained great popularity among iGaming brands. Some experts believe that Ontario will soon become one of the leading markets in the industry. Prior to April 4th, only local lotteries were available to players from this Canadian province.

At the same time, this is the first Canadian province to allow this type of entertainment.

However, if for some reason they do not do so before the deadline, the brand will email its checks to the address provided during account registration.

Also, when we talk about bets on NBA and NHL playoffs as well as about events that will end after the deadline, the procedure will remain active and will be settled as always.

Players who have placed their bets on future events that will be completed after the deadline will be contacted by theScore Bet to inform them and give instructions on further steps.

If you haven’t updated your data through which the brand can get in touch with you, you can do that by calling the sportsbook’s customer support team.

TheScore Bet’s parent company, Penn National Gaming, also owns the Barstool Sportsbook which is present in as many as 12 US states, including Colorado, Indiana, Iowa, and New Jersey.

The post theScore Bet to End US Operations in July to Focus on Ontario Market first appeared on RealMoneyAction.com.