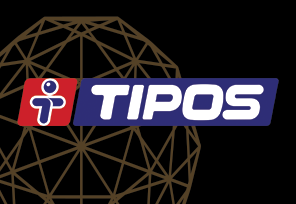 To expand its business network even further and take another step towards fulfilling its global expansion plan, Tom Horn Gaming, a renowned casino software developer, has entered into a new agreement.

This popular company has announced that it will expand to another key market, which was made possible by the latest collaboration with the Slovakian national lottery casino, TIPOS.

Thanks to this deal, Tom Horn Gaming will leave its footprint on this market and thus expand its business scope in Europe even more.

According to the agreement, the provider will launch several of its online titles on the operator’s platform. Players who choose to check out what this casino has to offer will have the opportunity to try out iconic titles including 243 Crystal Fruits and The Secret of Ba, as well as top-performing online releases Hot Blizzard, Hot’n’Fruity, and Book of Spells.

This deal will allow Tom Horn to improve its position in Slovakia as this is a respected brand in the region. On the other hand, by expanding its offering, TIPOS will strengthen the trust of its customers by providing them with access to some of the most popular titles in the iGaming industry.

These fantastic titles will be gradually distributed in the following months. However, certain titles are already available to punters.

Commenting on the new collaboration, Ondrej Lapides, CEO at Tom Horn Gaming said: ‘‘We’re extremely delighted to have partnered with TIPOS and to have expanded the reach of our gaming products to Slovakia. We heavily invest in our partner ecosystem to support the growth and success of our operator partners and we will be focusing on expanding our market opportunity together with TIPOS via a united approach and tailored solutions. The Slovakian market is small but constantly growing, and we’re excited about the possibilities that lie ahead.’’

This expansion was preceded by agreements between this Malta-based company and well-known brands such as Twin Casino and United Remote as well as many others. In addition to the above, the provider also entered the Czech market, and the deal contributed to improving the company’s position in Europe.

Tom Horn started the year by shaking hands with Napoleon Sports & Casino. Collaboration saw the distribution of the brand’s popular titles including Wolf Sierra and The Secret of Ba as well as 243 Crystal Fruits or Gold X that will be distributed soon.