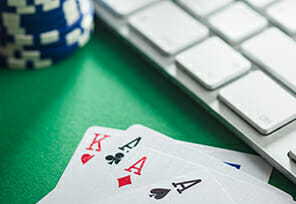 Ensuring the entertainment environment stays safe and secure, numerous European states came up with sets of strict protection measures for online gambling. Ranging from the options to set limits to various restrictions for advertisements, all these rules aim to protect vulnerable categories.

Furthermore, multiple states across the USA are welcoming sports and mobile wagering, so the number of markets accepting digital forms of entertainment is growing rapidly. If everything goes as planned, South Dakota and Wyoming are both expected to open sports betting markets in September.

Stay tuned to take a closer look at regulatory updates from the United States, Europe, and the rest of the world!

What Are the Newest Insights from the United States?

Maine: The Senate passed SB1352 to authorize retail and online sports wagering. As per the newest amendments, the bill would limit sports betting permissions to casinos exclusively. Before a second Senate vote, the proposal goes through to the Appropriations Table and will eventually be passed to Governor for final approval. Furthermore, Governor Janet Mills has vetoed bill LD554 which would have allowed gaming on tribal land.

Massachusetts: According to Bill HB3974 greenlighted by the House, this state should get retail and online sports betting, by allowing OTBs, racetracks, and locally certified parlors to operate sports wagering as well as standalone online-only providers. Regarding the tax rates, 12.5% of the gross win for retail and 15% for online betting is set, along with a 1% gross win tax on all sporting events held in the state. The legislation awaits consideration by the Senate.

Michigan: Evolution received approval from the Gaming Control Board to launch live casino games through suppliers certified in the state from 22 July 2021. FireKeepers also presented sports betting and casino via Scientific.

New Jersey: Following the unanimous approval, the bill which allows fixed-odds betting on horseraces progressed to the Governor for final authorization. Operators would be required to enter into revenue-sharing contracts with the racing permit holder.

New York: Launched by the Gaming Commission on 09 July 2021, the RFP process aims to evaluate which applicants for the state’s mobile betting market will receive the approval to operate. During the assessment procedure, factors such as revenue proportion, market experience, revenue sharing agreements with native tribes, and similar will be taken into account. The process is scheduled to close on 09 August 2021, with the Commission to make the final decision before 06 December 2021.

South Dakota: The Gaming Commission approved the regulatory framework to govern sports wagering. If the final approval arrives on time, the market is expected to go live in September 2021.

Wyoming: Online sports betting operators wishing to be active the state can express their intentions to offer services, as the Gaming Commission launched the license application process. As the NFL Season begins on 09 September 2021, the market should officially be opened in time for the said event.

Germany: Starting July 1, 2021, the Interstate Treaty on Gambling was implemented. According to the plans, the centralized self-exclusion system is scheduled for 2 August 2021.

Denmark: As far as the government declared, Danske Spil and Danske Klasselotteri will join forces. This milestone merger of the state-owned operators, who would both retain their original branding and products, will be monitored by the Ministry of Finance. Also, Spillemyndigheden came up with new regulations which demand all gambling enterprises make bonuses available for at least 60 days.

Norway: The Government of Norway put forward the new Gambling Act which would consolidate the country’s existing gambling legislation into one integrated act. Granted new powers, the institution is greenlighted to identify any violations of the law and enforce sanctions on non-licensed companies found to be active in the market. Plus, a ban on gambling with credit cards is imposed.

Moreover, Betsson Group’s five gaming brands were ordered to remove from the market, after being found to operate from Malta without local permission.

France: Betting operators were ordered to significantly diminish the advertising pressure in favor of sports wagering. These instructions followed the review of advertising during Euro 2020 Championship, where the regulator concluded that the marketing was rather aggressive.

Spain: Under the newest suggestions proposed by the DGOJ, operators are requested to implement systems that require consumers to set time and maximum loss limits on play. Those limitations are established at the beginning of every betting session and are active for 24 hours.

On top of that, “intensive play” is clearly defined, and whenever reached, operators should notify punters. Until 09 August 2021, the proposals were subject to a public consultation period.

Highlights from the Rest of the World

Ontario: To conduct and manage the province’s online gambling operations, the Government established an official institution iGaming Ontario. Operating as a subsidiary of the Alcohol and Gaming Commission of Ontario (AGCO), the body released the necessary standards to be followed, including various technical requirements which aim to keep gambling responsible.

Just like in Germany, auto-play for slots is prohibited and the minimum spin speed is set at 2.5 seconds. Moreover, to protect the vulnerable population, the institution suggested versatile advertising restrictions such as a ban on bonus offers anywhere except the supplier’s official sites and voluntary deposit limits.