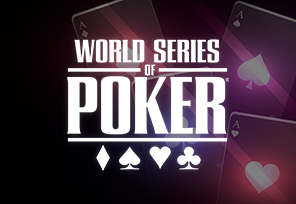 The World Series of Poker is a series of poker tournaments dating back to 2004 but has its origins in 1970, when Benny Binion, an American gambling icon, invited 7 poker players for a single tournament at the Horseshoe Casino.

It is certainly the most famous and longest-running poker tournament on offer, enjoyed by millions of spectators around the world.

This year, they made an effort to do something new and unique, and so expand the popularity of this fun game to a wider audience.

Of course, via social media! The WSOP decided to launch a new campaign initiative this week, with the idea of giving 14 social media influencers a chance to win the WSOP Legend title.

The first phase of this campaign starts this week! These 14 selected influencers will be divided into 5 teams, and at the same time will be paired with WSOP mentors to help them develop and improve their poker strategy.

It is interesting that the list of candidates is still unknown, as well as the location of the tournament. For now, it is only known that the teams will compete somewhere in the US in December this year.

The names of the participants will be revealed this week via Instagram. Who would you like to see at the tournament?

Will there be a Live Stream?

Of course! All poker fans around the world will have access to live videos. Also, follow #RoadToTheTable on social media to keep up to date with the latest information!

WSOP General Manager Guy Ceder said: “We are thrilled to be launching this unique eight-month-long campaign with 14 popular influencers from a wide range of backgrounds. We really want to bring the love for poker and the WSOP to a wider audience and show people just how much fun playing poker can be.

We hope that our loyal WSOP players are excited for this new adventure and that they will pick up a few new poker skills and tricks from our soon-to-be poker legends.”