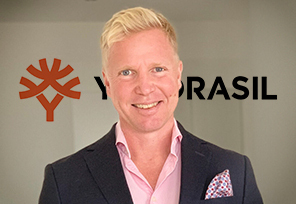 Top-tier provider of innovative online casino content Yggdrasil has announced the appointment of Björn Krantz as the company’s new Chief Executive Officer. Krantz, who joined the company in January 2020 as Head of Publishing Division and later became Chief of Global Market Operations, is now expected to lead the business into its next globalization phase.

Bringing Over 12 Years Of C-Level Experience

Before joining Yggdrasil at the beginning of 2020, Björn Krantz had been part of the C-suite at iGaming giant NetEnt for more than 10 years, holding the position of Managing Director, NetEnt Americas among his other important roles.

Fredrik Elmqvist, who not only founded Yggdrasil but also made it one of the industry’s most reputable powerhouses on a global scale, has handed over his creation to Krantz with the words:

“The time is now ripe to execute on this transition and it’s a great day for the Board, myself, and the entire company to see Björn take over the helm. I am confident that he will do great in propelling the business forward and take it to the next level.”

Elmqvist also referred to his future role in the company:

“I will have the pleasure to continue working with Björn, through a more active Board assignment, and will also provide my advisory knowledge in the best possible way to support the continued success of the company and its strategy.”

“Björn is well known to the industry as his delivery track record is amazing and he has been a successful executive leader in rapid global growth environments for a very long time. In the past two years, Björn has been heavily involved in shaping and building Yggdrasil’s global market operations, as well as being a key contributor to the company’s growth strategy and execution planning.”

As the new CEO of Yggdrasil who was named the Best RNG Casino Provider at the IGA 2020, Björn Krantz has a clear strategy for the company’s further growth and has no doubts that together with his team, he will strengthen the brand’s position as the leading publisher in the online gaming industry. He also said that it is a pleasure for him “to continue working with Fredrik as a close ally and use him as a strategic soundboard” as Yggdrasil enters the next phase of the global strategy implementation.

“It’s with great humbleness I am taking over as CEO after Fredrik. I have enormous respect for the history, company legacy and its awesome culture. It’s all about the people and building strong and winning teams, and it’s a great pleasure for me to have such talented and motivated people around me every single day.”

“Björn Krantz takes over as CEO of Yggdrasil”, yggdrasilgaming.com, April 21,2022.