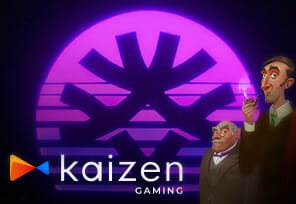 In order to further expand their business network, it is necessary for providers to enter into collaborations with operators that are operating in the territory of a particular country in which the company wants to enter.

Accordingly, Yggdrasil, a well-known casino software developer, just partnered with one of the leading operators in Greece – Kaizen brand Stoiximan.

By agreement, the wide portfolio of Yggrasil as well as third-party products will be available to punters from this country. Distribution of these releases will be done through the famous YG Masters program.

What About Other Countries?

The provider also announced that punters from Germany, the Czech Republic, and Romania can expect the distribution of the Yggdrasil title library in their territories very soon. As for Romania, the products will be available via Kaizen’s international brand Betano.

With this expansion, the company is getting closer to the goal of becoming a leading developer in the iGaming industry, and in addition to this step, Yggdrasil regularly strengthens its position in other key markets.

Dimokratis Papadimos RNG Casino Manager at Kaizen Group, said: “Yggdrasil is a well-established supplier with a superior games portfolio and this partnership will see us significantly boost our gaming offering, with unique new content, innovative mechanics, features and themes. We are thrilled to offer their content to our players in Greece and look forward to strengthening our partnership across all markets.”

During this year, Yggdrasil worked hard to meet all the criteria and meet the punters who opt for his titles. During December, the brand launched several titles that gained popularity among players in a short time – Jumbo Jellies, Cthulhu, Nordic Mythology-Inspired online slot Valkyries, but also Age of Beasts Infinity Reels.

The developer recently took a step towards North America after partnering with IGT to secure a presence on another continent. In addition to this, there were a number of other deals concluded during the year with brands such as TrueLab, Tipsport, Betway, Casino777.ch, Planetwin365 as well as many others.

In August this year, Yggdrasil was granted a Greek license issued by the Hellenic Gaming Commission, which allowed it to distribute its products on this market as well.

The post Yggdrasil Launches Portfolio in Greece Through the Kaizen Group first appeared on RealMoneyAction.com.