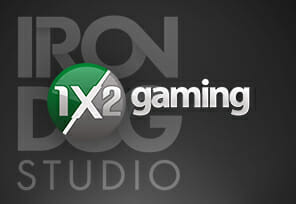 1×2 Network, one of the leading iGaming content providers and aggregators, has been certified for launch in the newly regulated Greek market. The license was granted by the Hellenic Gaming Commission and 1×2 Network’s subsidiaries Iron Dog Studios and 1x2gaming are now also certified to launch their content in the Greek market.

The A2 Greece license allows 1×2 to offer games developed by its Iron Dog and 1x2gaming subsidiaries to licensed operators in Greece for the first time. The Network is set on obtaining certifications in more regulated markets around the world.

Greek players will be able to enjoy titles such as 1 Million Megaways BC, Megaways Jack, Smoking Hot Fruits, Battle Maidens Cleopatra, and the recently launched Rock the Reels Megaways. Operators in Greece will also be able to utilize the provider’s Branded Megaways product.

1×2 Network’s titles are available to more than 300 casino brands in regulated markets across the globe, including operators in the UK, Isle of Man, Malta, Gibraltar, Sweden, Spain, Colombia, and Italy.

Representatives from 1×2 Network, which recently signed a partnership with The Mill Adventure, say that they are honored about receiving a certification in Greece and that they are excited about bringing their Branded Megaways to the regulated Greek market.

Kevin Reid, Chief Commercial Officer at 1X2 Network, said: “We are honored to have been awarded a license by the Hellenic Gaming Commission, allowing us to offer our full suite of games from Iron Dog Studios and 1X2gaming to operators in the newly regulated Greek market.

“This forms part of wider plans to secure certifications in regulated markets around the world, bringing our award-winning content to more operators and players than ever before. We really are on a role with our latest titles, which have become firm player favourites.

“We are also excited to be able to bring Branded Megaways

to the regulated Greek market; this concept has taken the sector by storm and we look forward to working with more operators to develop their own unique Megaways

The company was built on the foundation of Football 1×2 Ltd that was founded in 2002. The 1×2 Network is now a brand carrying the 1x2gaming group of companies. It is an independent software company with headquarters in the United Kingdom and the company has been a pioneer in gaming content since 2002. The company has several third-party development partners and aggregates content from a number of third-party vendors via the 3rd party interface. The company is a leader in HTML5 development with a variety of sports games, table games, and slots.

The post 1×2 Network Certified in Greece first appeared on RealMoneyAction.com.