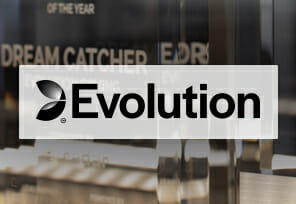 Evolution, one of the leading providers of live casino games, has launched its third live casino studio in the United States. The studio is launched in the state of Michigan and will provide the players with some of the best live casino titles.

The studio has received all the regulatory approvals from the Michigan Gaming Control Board. The Michigan studio is Evolution’s eleventh studio across the globe and the third studio in the United States, marking a major milestone in their expansion strategy.

Evolution’s studio in Michigan will provide Michigan operators with some of the best live casino titles in the industry, for tablets, desktop, and mobile devices. Operators such as Barstool Sports, BetMGM, BetRivers, DraftKings, FanDuel, Golden Nugget, PokerStars, TwinSpires, and William Hill are the first operators that already have access to the studio’s content.

The operators in Michigan are now able to provide live table games such as Infinite Blackjack, standard Blackjack, Baccarat, Roulette and Auto Roulette. More games will be available in the operators’ offering in the future.

Representatives from Evolution, which recently opened its third live studio in the U.S., say that the launch is a major milestone for the company and that they are looking forward to providing their operator partners and their players with their state-of-the-art live casino content.

Jeff Millar, Commercial Director North America at Evolution, commented: “This is another major landmark in Evolution’s US growth. We are fully committed to the new Michigan market – we launched games from our NetEnt brand with all operators in Michigan at the market opening in January, and we have now become the first provider to launch live casino in Michigan. We are delighted to have created such close partnerships with operators in Michigan and will continue to extend our content offering for this state with further exciting launches over the coming months. Our aim is simple: to excite and entertain players with the best possible choice of world-class gaming and to help operators to maximize their opportunities. Our new Michigan studio is one of the biggest and best equipped in the US iGaming market, with room to expand in line with our licensees’ needs. Operators have been greatly impressed with what’s on offer, so much so that we also have several requests to launch dedicated, exclusively branded tables for a number of them, scheduled for later this year.”

Evolution was founded in 2006 and it immediately had an impact on the European live dealer platforms. The provider has been growing ever since and has signed deals with a lot of companies and made new partners including 888 Casino, Betclic, Betsson, and more prominent companies.

The brand’s offering includes live casino games with real, professional dealers, made in the state-of-the-art studios in Latvia and Malta. All of its releases are available on desktops, tablets and smartphones. It is licensed and regulated by the Alderney Gambling Control Commission, Malta Gaming Authority, the UK Gambling Commission, Belgium Gaming Commission, Romania National Gambling Office and Canada BC, a gaming service provider.