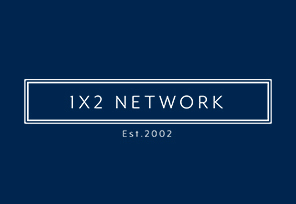 1X2 Network, one of the most successful online iGaming suppliers of premium and innovative online casino content, has decided to continue its streak of success by partnering with one of the most popular B2B brands!

Namely, since the beginning of the year, this developer has taken several major steps that saw the expansion of the company’s global reach even further.

As an example, we will take the recently secured Ontario license that enabled this fantastic provider to launch its premium portfolio in one of the most potential markets in the industry.

However, 1X2 Network has now decided to confirm its wide presence in Europe and step into another key market thanks to the collaboration with one of the leading operators in the region!

1X2 Network reported that the brand has joined forces with the fast-growing casino Signorbet to once again leave its foothold in beautiful Italy.

What you are most interested in are definitely games, right?

Players who choose this operator, in the games section, will be able to find plenty of amazing, feature-packed, outstanding, and some of the most sought-after online casino releases in the industry, developed by the 1X2 Network’s Iron Dog Studio and 1X2gaming subsidiaries.

As announced, the provider will supply its new partnership with an array of amazing releases including Phoenix Inferno, Blood Queen, and Pirate Kingdom Megaways as well as several Megaways games such as Megaways Jack, 1 Million Megaways BC, and the not-so-long-ago released Gods of Asgard Megaways.

Happy to be Partners!

Giulia Bianco, country manager for Italy, Spain, and LatAm at 1X2 Network, said: “We continue to focus on partnering with operators in regulated markets, and this deal with Signorbet further establishes 1X2 Network as a leading casino content provider in Italy. Iron Dog Studio and 1X2gaming have both cracked the code when it comes to developing slots and table games that engage and entertain, and it’s great to see our titles now stocked in the Signorbet lobby and for its players to enjoy the thrills and big win potential they deliver.”

Cristiano Azzolini Di Maggio, head of the casino at Signorbet, added: “Our players expect the best online casino content in the market, and that is why it was important for us to partner with 1X2 Network and add titles such as Wolf Strike and Book of Ba’al to our growing game portfolio. It is integrations such as this that have led to Signorbet becoming the go-to online casino destination for players in Italy, and with 1X2 Network now added to our content mix, long may that continue.”