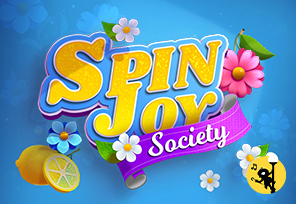 Lady Luck Games, a Swedish software provider of premium online slots, has penned a landmark licensing agreement with Big Time Gaming to use Megaways™. The first title to feature the iconic reel mechanic will be flowery fruit-themed SpinJoy Megaways™, an upgraded version of SpinJoy Society, the studio’s debut game released in 2019. The Stockholm-headquartered company has plans to add more engaging slots able to generate a mammoth 117,649 ways to win in the months to come.

The latest agreement between Lady Luck Games and Big Time Gaming is mutually beneficial not only for both sides but also for players who will have an opportunity to see one more approach to incorporating the incredibly popular mechanic into slots.

Lady Luck Games is an up-and-coming supplier of premium online casino content founded in 2019 and based in Sweden. Two years after its inception, the company partnered with EveryMatrix and became the sixth studio to take advantage of RGS Matrix, a state-of-the-art remote gaming server. Around the same time, Lady Luck also announced that it was set to list on NASDAQ First North Growth Market.

The collaboration with Big Time Gaming is a new milestone in the relatively short history of the brand, which looks forward to developing action-packed slots enhanced with the hot ticket Megaways™ mechanic.

“Being able to develop and release our first-ever Megaways title is a huge milestone for Lady Luck Games and it’s a real testament to all the hard work that everyone has put in behind the scenes. We’re all extremely excited for the additional exposure our games are about to receive thanks to the mechanic.

“Megaways is known worldwide for its excitement, unpredictability, and thrilling gameplay. To be able to add SpinJoy Megaways and future Megaways titles to our ever-growing portfolio of slots is a real coup for Lady Luck Games and we can’t wait to get the ball rolling with Big Time Gaming.”

All the Splendor of Megaways™

Arguably the most popular slot mechanic ever created, Megaways™ has been licensed by a great many game makers and still counting. By signing the agreement with BTG, Lady Luck Games joined an array of famous brands and now keeps company with Pragmatic Play, iSoftbet, BGaming, and Playson, to name just a few. Among the most recent licensees is Kalamba, which inked a deal in May.

“We love seeing all the different ways the Megaways mechanic is applied to new games, and Spinjoy Megaways is no exception. We are really excited to see the launch of this latest game from Lady Luck Games, and we wish the team all the very best as they embark on their Megaways journey.”

Besides the popular innovative reel mechanic, SpinJoy Megaways™ will also boast a lucrative Coin Collector feature and a win multiplier that increases by 1x for each consecutive win.

The post Lady Luck Games Acquires a License to Use Megaways™ and Revamps SpinJoy Society Slot first appeared on RealMoneyAction.com.