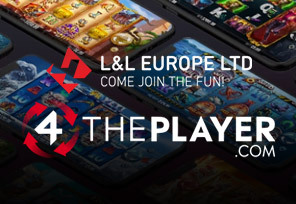 4ThePlayer, one of the fastest-growing casino software developers in the iGaming industry has announced that the company will expand its business reach even further after teaming up with a new brand.

Already at the beginning of the year, this popular provider concluded a significant deal with the well-known Superbet and on that occasion presented its fast-growing portfolio in another key market, Romania.

4ThePlayer announced that the company will fulfill the wishes of players around the world. Namely, the punters expressed their desire to introduce 4ThePlayer’s online casino releases on the platform of the L&L Group casinos.

Players have said on the Casinomeister platform that they would like to try the developer’s online slots through the L&L Group casino platform, which is now possible!

Casinomeister was established in 1998 and has expanded so far that it has become the oldest and one of the most famous player forums online.

Players of this platform will now have an exclusive opportunity to engage in their favorite form of entertainment with the provider’s super popular online casino release called 9k Yeti.

However, the distribution will include other mega-popular, feature-packed and innovative titles that will be introduced soon including 6 Wild Sharks and 3 Secret Cities. The titles will be introduced on the L&L Group platform, and after that, they will be presented in several other regulated jurisdictions.

Henry McLean, co-founder and Commercial and Marketing Director, said: “We are delighted players are requesting our games and driving opportunities like this! After speaking to L&L, their fun and player-centric principles really align with ours, so we cannot wait for their players to be able to enjoy the 4ThePlayer experience!”

Jan Wienk, Marketing Manager at L&L Europe, added: “I remember the first time I played 9k Yeti – I really enjoyed a balanced, base game with good pay-out potential, combined with a feature that holds huge pay-out potential. That was my first experience with 4ThePlayer! When players kept on asking for the games, it was of course a no-brainer!”

4ThePlayer is an innovative casino software developer that was established in 2018. The main headquarters of the company is located in London, United Kingdom.

The company’s team consists of experts who are also players at the same time, and for this reason, they better understand the needs of punters. The portfolio is made up of several premium titles including 4 Fantastic Fish, 60 Second Heist, 90k Yeti, 3 Secret Cities, and 6 Wild Sharks.

The post 4ThePlayer to Introduce Its Products with L&L Group Casinos to Fulfil Players Needs first appeared on RealMoneyAction.com.