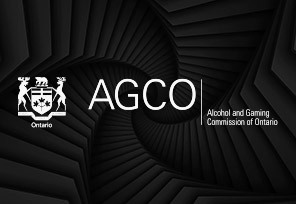 The Ontario market is one of the fastest-growing markets in the iGaming industry, which was launched on April 4th this year. Since the opening, several operators, developers, and iGaming aggregators have left their presence in this Canadian province.

However, from the first day, certain rules issued by the competent authorities were also applied, which companies must adhere to without exception.

The Alcohol and Gaming Commission of Ontario (AGCO) has announced that it has issued a fine to one of the leading brands in the iGaming industry.

Namely, this competent authority fined Crown DK CAN Ltd. due to violation of infractions of the Registrar’s Standards for Internet Gaming (the Standards), and in connection with advertising and inducements.

Crown DK CAN Ltd. has, in violation of the rules, published and broadcasted gambling inducements with illegal encouragement that implied increased 2:1 odds.

The advertising was available on television as well as social media platforms.

Why Were These Rules Introduced?

These rules are made as a preventive measure that will protect players from this Canadian province from excessively engaging in this form of entertainment. All B2B brands are strictly forbidden to entice users with incentives, bonuses, or credits through advertising.

Let us remind you that DraftKings Inc. (DE) is the parent company of Crown DK CAN Ltd.

Crown DK CAN Ltd. has the right to file an appeal that can be submitted to the License Appeal Tribunal (LAT) – a court that is autonomous of the AGCO and section of Tribunals Ontario.

”The AGCO will continue to monitor the activities of all registered operators and hold them to high standards of responsible gambling, player protection, and game integrity. It is in the public interest that we ensure they are meeting their obligations under Ontario’s Gaming Control Act and the Standards.”

DraftKings is a world-famous operator that can boast of presence in several key markets. The brand was established in 2012 with headquarters in Boston, Massachusetts.

It entered Ontario for the first time in May 2022, when it presented over 130 products in this Canadian province, as well as its parlay options, such as the “same-game-parlay” feature.

Players who wanted to try this content could do so through their mobile phones after installing the DraftKings Sportsbook application.

In addition to Ontario, DraftKings is also present in Michigan, Mississippi, New Hampshire, New Jersey, New York, Oregon, Pennsylvania, as well as in many other states.

We believe that the brand will file an appeal, and we will follow the upcoming news.