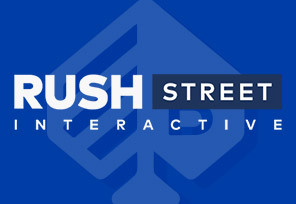 Bragg Gaming Group, one of the leading and best-known casino software providers in the iGaming industry, has recently made several major moves that have significantly improved the developer’s position in the industry.

Bragg Gaming Group secured a significant approval issued by the Pennsylvania Gaming Control Board just some time ago. This means that the company got the opportunity to expand its business scope to another key market and thus get closer to its global expansion plan.

Although Bragg Gaming Group has been present in Ontario since the introduction of this market in April this year, the developer is not giving up on strengthening its presence in this Canadian province as much as possible.

The company announced that it has once again teamed up with its old partner in order to launch its products in this fast-growing market.

Bragg has joined hands with Rush Street Interactive (RSI) to present its iGaming content to punters from this province.

As stated in the agreement, punters will now have an exclusive opportunity to engage in their favorite form of entertainment with some of the most sought-after titles in the industry. As many as five feature-packed and innovative titles will be included in the distribution. The operator’s games library will now be enriched with the incredible and fan-favorite Egyptian Magic developed by Bragg’s Atomic Slot Lab studio as well as many others.

Players will be able to find all the planned titles on RSI’s BetRivers.ca platform.

Bragg also said that the brand wants to introduce 22 more certified games to this Canadian province, and the realization of the plan could happen in the coming months.

Thrilled to Extend Their Partnership

Bragg Gaming Group Chief Executive Officer Yaniv Sherman commented: “We are pleased to expand our partnership with RSI, one of the premier iGaming operators in the Americas, to now include the Ontario market to take our content live on BetRivers.ca. With Ontario projected to become one of the largest iGaming markets in North America, this partnership with RSI will play an important role in our North American growth strategy.”

RSI Chief Executive Officer Richard Schwartz said: “We’re thrilled to offer our players more best-in-class content from some of the world’s best suppliers and Bragg’s portfolio will help us do just that. We have a mission to put our players first and we’re excited to be able to bring these extremely popular and top-quality casino games to our players in Canada, thanks to our growing relationship with Bragg.”

The post Bragg Gaming Group Collaborates Once Again with Rush Street Interactive to Launch Its iGaming Products in Ontario first appeared on RealMoneyAction.com.