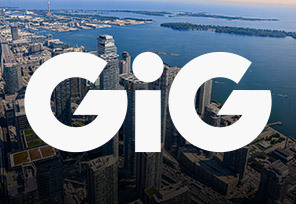 Gaming Innovation Group (GiG), one of the famous and fast-growing casino software developers, aims to expand its business roots as much as possible. With these steps, the company expands its business scope and improves its position in the iGaming industry.

This popular B2B brand is proud to announce that the company has taken a step toward the recently regulated and relatively young market, Ontario. As announced, this innovative provider has received significant approval that will enable the company to approach this Canadian province.

Reaching One of the Fastest-Growing Market

GiG has secured a major supplier license issued by the competent authority for the industry, the Alcohol and Gaming Commission of Ontario (AGCO).

The Ontario market was launched at the beginning of April this year, and experts believe that in the future it will become one of the largest and leading markets in the iGaming industry. It is believed that this Canadian province will grow up to even $2bn in gross gaming income in the next three years.

Given that this market was launched relatively recently, GiG made a significant move when it decided to leave its presence in Ontario this early.

A guaranteed license means that the developer will now be able to associate with casinos that operate in this Canadian province. The brand plans to launch its popular B2B sportsbook as well as its player account management (PAM) in this market, which the brand has guaranteed via its brand Sportnco.

This move marked another major milestone for the brand. First of all, the company will further expand its presence in key markets where it will present its sportsbook. For now, this product is available in 22 markets with the possibility of expanding to another 4 soon.

GiG General Counsel Claudio Caruana says: “In receiving the registration from the AGCO, we have reached another important milestone in our resolute commitment to supporting the iGaming industry for regulated markets, and we’re delighted to be prepared to power new and potential partners in the province.”

Gaming Innovation Group is a Malta-based B2B brand established in 2008. The company has expanded its presence to several very important markets including Malta, Marbella, Copenhagen as well as many others.

Also, we must not forget that the brand is listed on the Oslo Stock Exchange as “GIG,” and on Nasdaq Stockholm as “GIGSEK.”

Just some time ago, the company announced important news. Namely, Gaming Innovation Group signed a significant agreement with well-known Magic Jackpot and launched an online casino on that occasion.

This deal was preceded by a handshake between the brand and SIA Admirāļu Klubs, which saw the launch of GiG’s sportsbook and front-end development further.