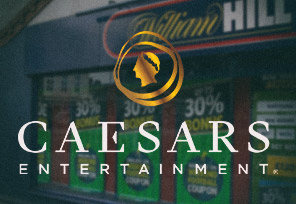 Las Vegas-based Caesars Entertainment, one of the largest casino entertainment companies in the United States, has announced a revised agreement to sell the non-US assets of William Hill to 888 Holdings for a smaller price, recalling certain changes in both economic and regulatory conditions. The two sides have agreed on a revised enterprise value of between £1.95 billion ($2.54 billion) and £2.05 billion ($2.67 billion). The acquisition is expected to be closed in June 2022.

888 Holdings, one of the world’s leading online betting and casino companies, will pay less for the acquisition of the international (non-US) business of William Hill. According to the revised deal, the enterprise value was reduced from the previously agreed 2.2 billion pounds ($2.86 billion) to 1.95 – 2.05 billion pounds ($2.54- $2.67 billion) with Caesars expecting the transaction to be completed by June 2022.

The revised transaction terms show a reduction in cash consideration (equity value) payable to Caesars at closing for £250 million ($325 million) as the latter has been decreased from £834.9 million to £584.9 million. The deal is still subject to the approval of shareholders of 888 Holdings Plc, as well as to regulatory approvals.

Caesars Entertainment bought the world’s biggest bookmaker William Hill a year ago for approximately $4.0 billion. The historic acquisition provided the company the ability to maximize its presence in the U.S. in both sportsbook and online casino verticals. Already at that time, Caesars revealed its intentions to sell the non-US businesses owned by William Hill, including the UK and international online divisions, as well as the retail betting shops.

New Opportunities for the Enlarged Group

For 888 Holdings, a Gibraltar-headquartered online gaming giant that was among the first to enter the Ontario market, the acquisition of WH means a unique opportunity to significantly increase its scale, further diversify and strengthen its product offering, and build leading positions across the company’s key markets.

According to the latest reports, the Group’s revenue for the first quarter of 2022 is expected to be in the range of $222-226 million, representing an increase of up to 2% compared to Q4 2021. Apart from the strategic advantages, the combination of 888 and William Hill is supposed to deliver substantial operating efficiencies, including pre-tax cost synergies of at least $130 million.

The 888 Group, which owns the award-winning online casino, poker, sports betting, and bingo platforms, also confirmed its plans to issue up to 70.8 million new ordinary shares to minimize the time needed to raise the intended proceeds in view of the current market conditions.