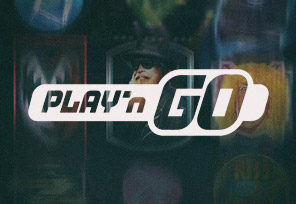 One of the most successful software providers of online slots and other casino games Play’n Go has shared its ambitious plans for further expansion in the fast-growing North American market. Following its impressive debut on the newly opened iGaming scene of Ontario, the company does not intend to rest on its laurels, ready to take the next step towards becoming the leading supplier on the continent.

Play’n Go was among the first software developers to receive a coveted supplier license from the Alcohol and Gaming Commission of Ontario (AGCO). The license was secured on March 14, 2022, almost three weeks before the official opening of the new regulated Ontario market on April 4.

“North America is right at the top of Play’n GO’s priority list for 2022, and Ontario is just the first step we plan to take”.

“We design our titles to be fun and entertaining first and foremost, and I’m certain that our titles that are already top of the charts across regulated markets in Europe like Book of Dead, Rise of Olympus or Reactoonz, as well as new titles such as Raging Rex 2 and Def Leppard, will do very well in Ontario indeed.“

By the way, an action-packed tribute to mega-popular British hard rock band, Def Leppard: Hysteria slot was premiered last week and made quite a splash on the international iGaming scene. This game became another great addition to the studio’s unmatched portfolio of virtual one-armed bandits that features a host of universal favorites, with Book of Dead topping the list.

Plans For the Near Future

Bringing its engaging premium content to Ontario’s new regulated market was just the initial stage in Play’n Go’s strategy for winning the attractive North American market. The company has its eyes on the United States, looking for viable opportunities to make its state-of-the-art portfolio available in selected regulated US state-level iGaming jurisdictions.

Speaking of the company’s plans for the near future, Magnus Olsson confirmed that “Play’n GO will be entering America for the very first time, very soon”.

“It’s a really exciting development for Play’n GO, of course, but also for operators in those states that currently offer iGaming. We have strong relationships with operators who are already live in a number of iGaming states, and the volume of requests for Play’n GO titles that we have been receiving has now become simply too loud to ignore.”

“Combined with our entrance into Ontario this week, Play’n GO are going to be one of, if not the, leading gaming entertainment suppliers in North America.”