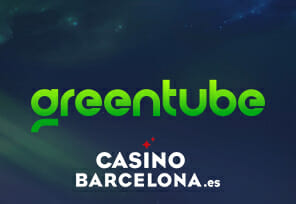 After signing a contract with Spanish operator CasinoBarcelona.es, Greentube – the NOVOMATIC Interactive division will distribute its library to their players.

This partnership will be suitable for both parties, and players will have access to several games such as the hits Book of Ra

, and Lord of the Ocean

which have already proven themselves in land-based form.

Graziano Pozzi, Key Account Manager for Spain and Italy at Greentube, gave his comment on the Spanish market and about the partnership: ”“Spain is a market that has exciting potential and having already enjoyed success in the country, it is satisfying to have secured another deal that allows us to expand our audience reach. NOVOMATIC’s land-based titles are well-established performers for CasinoBarcelona.es and we strongly believe that by building on this rich heritage, we can create a partnership that takes both parties to the next level.””

The presentation of Greentube content took place via the Tecnalis platform, which already has been proved to be very successful. Although, the position of this supplier in the Spanish market is highly ranked!

The brand’s portfolio is available to several operators in Spain, and we can freely say that the players of this country enjoy exploring it!

Cooperation with Online Casinos Across the Globe

Greentube does not stop growing and getting stronger! The company has been in this business for over 12 years and during that time, it has published over 400 games. The partnerships have expanded to several countries such as the Netherlands, Serbia, US, Malta, UK, Slovakia, Gibraltar, Austria, Greece, etc.

A wide range of clients with which the company cooperates includes BalkanBet, Sky Vegas, bet 365, Only bet, Casino777, Maxbet, and others.

Founded in 1980, The NOVOMATIC AG Group is one of the leading gaming technology companies in the world. It’s spread throughout more than 45 countries with over 21,000 employees in various sectors of the company. Management and employees are made up of senior experts who have contributed to such rapid growth and expansion of the company.