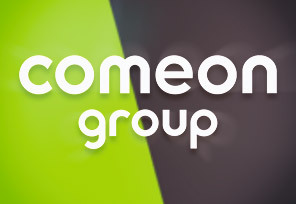 ComeOn Group, one of the leading operators, known as the number one choice among punters, announced that it will enter the Ontario market thanks to its recent license approved by the Alcohol and Gaming Commission of Ontario.

Thanks to this green light, ComeOn Group will launch its brand called ComeOn! in this Canadian province.

Juergen Reutter, CEO of ComeOn Group, commented on this expansion and said in a statement: “With Ontario regulating, we are delighted to have been granted a license in one of the largest regulated states in North America. Come on! has been one of our flagship brands for more than 12 years and is powered by the proprietary iGaming platform we keep innovating on to provide an exciting and safe player experience to our customers. We will bring WeSpin and other Casino innovations to the market as we have done in so many locally regulated markets before. To add, this licensing process has showcased once more the strength of our teams coming together to make this happen in a timely fashion!”

The Ontario market was recently regulated and launched on April 4th. Some of the most famous brands have left their presence in this market. It is already noticeable that this Canadian province will be one of the fastest-growing markets, and experts predict that the revenue will reach as much as $1.5bn per year.

ComeOn Group is a brand that was established in 2008 with its head office in St Julians, Malta.

Over the past year, we have witnessed a lot of good news about the expansion of the ComeOn Group offering. However, as early as the beginning of the year, the expansion plan continued after the operator signed a distribution deal with one of the most famous casino software developers, Push Gaming. Thanks to this collaboration, punters from Germany and Sweden who opt for this operator will be able to enjoy a wide range of premium online casino releases including Big Bamboo, Jammin ‘Jars 2, Fire Hopper, and Bison Battle.