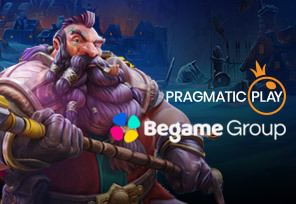 Pragmatic Play, one of the leading casino software developers of premium and innovative online slots that recently expanded its deal with Estrelarbet, announced that the company has taken another key step to expanding its list of partners as well.

Namely, this top-tier iGaming software solutions supplier announced that the developer has launched as many as three verticals furthermore thanks to the new agreement. Pragmatic Play has shaken hands with the well-known operator Begame Group, and the deal will see the launch of some of the most famous provider’s online casino products on the operator’s platform.

Plenty of Top-Tier Products to Be Available

As specified in the deal, Pragmatic will provide new partner with access to its wide slots portfolio. Begame’s offering will now be expanded with several premium online slots including the multi-award-winning Gates of Olympus

and player favorite releases from the John Hunter series.

Punters who opt for one of the Group’s brands including Peachygames, Fruitkings, Casushi, and Playsunny, will have the opportunity to try out the developer’s live casino releases including classics Blackjack, Roulette as well as Mega Wheel. Also, players will have access to the slot-themed live casino title Sweet Bonanza CandyLand.

However, that’s not all;

Begame Group’s offering will be expanded with Pragmatic’s bingo content, which has proven to be very popular among punters around the world.

Words From the Officials

Yossi Barzely, Chief Business Development Officer at Pragmatic Play said: “Begame Group is a rapidly growing company with a reputation to match, and their ambition really struck a chord with us. We pride ourselves on partnering with forward-looking companies and this agreement allows us to maintain our commercial trajectory.”

Jordan Rosamond, Head of Casino at Begame Group added:“We wouldn’t be where we are today without the wide array of pioneering content that brands like Pragmatic Play produce. Everything we do is to ensure that our customers are at the heart of everything we do, and this agreement reinforces that with fresh, engaging games.”

In addition to the many online slots launched by the brand recently, Pragmatic Play has drastically expanded its business scope across the globe. One of the latest agreements saw a handshake between developer and Hollywoodbets and on that occasion, it launched its popular online slots on the South African market.